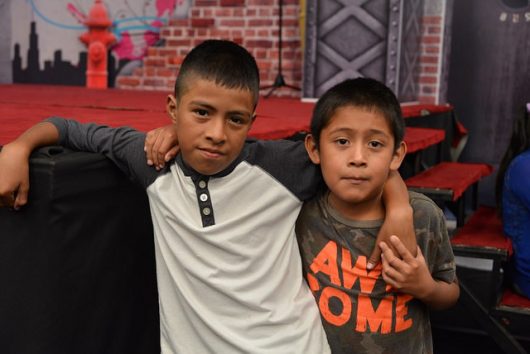 We’ve all heard the old adage that children are the future. While it may sound cliché, this idea is what led the United Nations General Assembly to establish International Youth Day on December 17, 1999.

Each year, the day of August 12 is used to spread awareness of the World Program of Action for Youth, which works to improve situations for children and young adults around the world. International Youth Day is also a tool to recognize the ability of youth to instill change in the world.

Since the first observance of International Youth Day in 2000, a theme has been selected each year. Some of the themes include Addressing Health and Unemployment, Tackling Poverty Together, Change Our World and the 2017 theme of Youth Building Peace.

In 2017, the theme of Youth Building Peace was used to highlight the ability of youth to contribute to conflict resolution and sustainable peace. United Nations Sustainable Development Goal 16 aims to ensure that decision making is responsive, inclusive, representative and participatory at all levels.

On December 9, 2015, the United Nations Security Council adopted a resolution on Youth, Peace and Security and identified five key pillars for action: participation, protection, prevention, partnerships and disengagement and reintegration.

Both the U.N. Security Council and The World Program of Action for Youth recognize though International Youth Day that youths are often left out of important decision making because of their age. “When youth are excluded from political, economic and social spheres and processes, it can be a risk factor for violence and violent forms of conflict,” according to the U.N.

“Therefore, identifying and addressing the social exclusion of young people is a precondition for sustaining peace.”

Throughout the decades, many steps have been taken towards building peace. But in recent years, the occurrence of violence and conflict has been far too prevalent. Youths comprise a large part of populations where violent conflict is prevalent.

Since the population of youth across the globe is the biggest it has ever been, it is important now more than ever to include this population in decisions that will affect the future of peace.