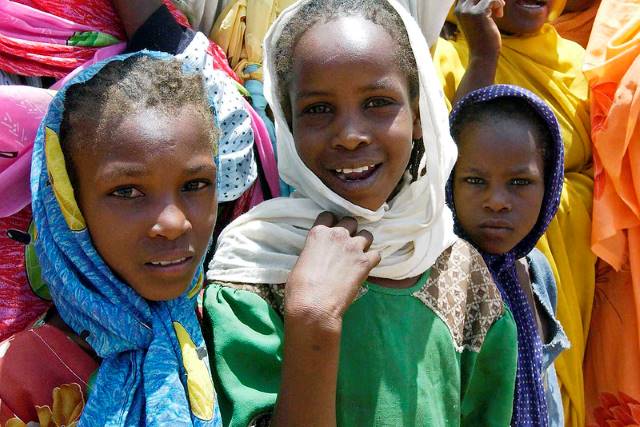 FGM is defined as procedures that deliberately alter or cause injury to female genital organs. It is mostly carried out on young girls between infancy and adolescence and occasionally performed on adult women. These procedures are nonmedical and provide no health benefits, only harm to the female. It involves removing and damaging healthy and normal female genital tissue, therefore, it interferes with the natural functions of the female body.

The reasons behind FGM vary between regions due to a mix of sociocultural factors. The procedure is routinely executed by a midwife without anesthesia. There are four types of FGM. Type one is the partial or total removal of the clitoris. Type two is the removal of the clitoris and inner labia. Type three is the removal of all the external genitalia or narrowing of the vaginal opening. Type four is any other type of damage to the female genitalia, such as burning, scraping or piercing.

According to UNICEF, 87% of Sudanese women aged between 14 and 49 have undergone a form of FGM. FGM is also more prevalent among the poorest women.

In 2008, the National Council of Child Welfare and UNICEF joined together to launch the Saleema Initiative, which focused on abandoning FGM at a community level.  The initiative educated women about the health risks and encouraged females to say no to the procedure.

Additionally, the United Nations General Assembly took action in 2012 by calling on the international community to enhance efforts to end FGM. In 2015, the global community agreed to the Sustainable Development Goals (SDGs), which include a target under Goal 5 to eliminate all harmful practices, such as child marriage and female genital mutilation by 2030.

The World Health Organization (WHO) is addressing the issue by implementing guidelines, tools, training and policy to allow healthcare providers the opportunity to offer medical care and counseling to females suffering the effects of FGM.  The WHO also aims at generating knowledge to encourage the abandonment of the FGM procedures. One final measure by the WHO is increased advocacy through publications and tools for policymakers.

In May 2020, the Sudanese Government criminalized FGM and made it punishable by up to three years in prison. But, experts remain concerned that a law is not sufficient in ending the practice due to religious and cultural ties to the procedure.

The sociocultural and religious ties surrounding female genital mutilation in Sudan complicate attempts to end the practice. Criminalizing FGM in Sudan may not be enough to end the practice. The National Council of Child Welfare, UNICEF, the United Nations General Assembly and the WHO are taking major steps to eliminate FGM or assist those already affected by the practice.