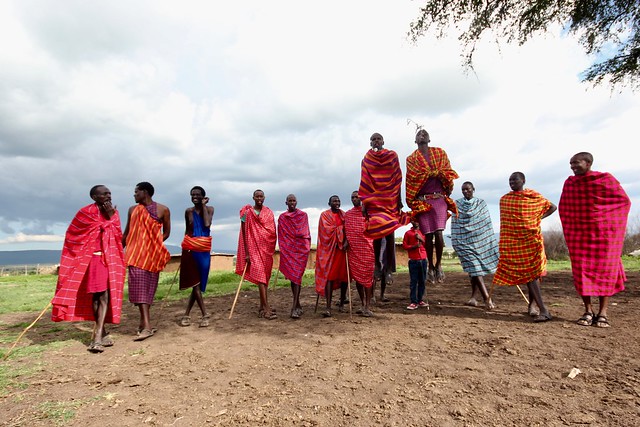 As of 2018, the Republic of Kenya had a total population of around 51 million people with a growth rate of 2.6 percent. About 25 percent of the nation’s population lives in urban areas and major cities while the majority of Kenyans live in rural and sub-urban areas. Because of this, one would assume agriculture would provide a steady income for most families, but the agricultural sector in Kenya hosts a variety of challenges.

While agriculture does contribute one-third of the nation’s GDP, many issues prevent farmers from turning a decent profit. Aside from the fact that only 9.5 percent of Kenya’s total land area is arable, many Kenyans simply lack the monetary resources to expand their businesses. In fact, Oxford University’s poverty index finds that around 50 percent of Kenyans live below the poverty line.

Rural Kenyans, like citizens of many other African countries, rely on subsistence farming—meaning they farm just to feed themselves and their families. In times of crop failure, even simply feeding one’s household can be a challenge, much less producing viable crops to sell. In spite of this, Kenya’s entrepreneurial middle-class keeps growing, and many nonprofits and aid assistance programs are jumping at the chance to see that that growth continues.

Feed the Future in Kenya

One such organization is USAID’s Feed the Future program; the Feed the Future initiative, as described on their website, “brings together partners from across various sectors and the U.S. Government to use each of our unique skills and insights in a targeted, coordinated way to help countries that are ripe for transformation change the way in the way their food systems work.”

An example of how Feed the Future in Kenya has positively impacted the nation’s population can be found in the success of Nkamanthi Farm Products. The founder of the company, Lydia Kanyika, saw how poverty and low education limited opportunities for young people in her community to find meaningful work. Hoping to create positive change in her world, she applied to and won a Feed the Future business development grant. The grant is awarded to select businesses based on four key elements: their marketing plans, ability to create markets, ability to generate employment opportunities and their ability to increase productivity along the livestock value chain in Northern Kenya.

Kanyika used her grant to expand her small business by upgrading her wooden chicken house to a modernized coop. This simple change has not only allowed her to increase the number of chickens she kept from 300 to 2,500 but also grow her farm’s production by 243 percent. Perhaps most amazing of all is how contagious her success was on her community.

Through the expansion of her company, Kanyika has mentored more than 50 young Kenyans and provided them with employment opportunities that help them support their families. One of her employees, Martin Mwenda, gladly shared his business success with representatives from Feed the Future in Kenya. When he first began earning income from distributing eggs from Kanyika’s chickens, he told the project that he only sold five cartons of eggs each day. As Nkamanthi Farm Products grew, so did his clientele; he now sells 25 cartons daily, which provides him with a steady and consistent revenue.

“I want to expand the egg business,” he told Feed the Future. “I will then use the business to create employment opportunities for fellow youth, especially those who have migrated from rural areas to Isiolo town to make ends meet, like I did.”

The Future of Agriculture

While Kenya’s middle class continues to struggle for more open markets and trade, investment and financial freedoms, aid programs like Feed the Future are slowly but surely helping Kenyans expand their personal businesses, which in turn spreads more employment opportunities across the country.