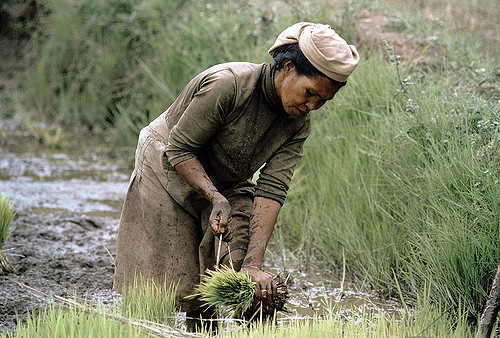 Farm Africa is the top agency under the Food Trade project, a U.K. government-funded food crop trade enhancement program that assists farmers in Uganda and Tanzania to increase their household incomes and boost their living standards.

The undertaking is supported by a £3 million ($4.2 million) grant from the U.K.’s Department for International Development (DFID). The Guardian reports that the project will benefit 70,000 Ugandan and Tanzanian farmers, in part by expanding their export markets.

According to Farm Africa, 60 percent of the world’s uncultivated land suitable for crop production is in Africa. There is an enormous possibility for development in the continent that would allow for self-sustaining food production.

In the last year, Farm Africa has impacted 1.4 million people in eastern Africa. The organization has incorporated contemporary systems and methods to help farmers “grow more, sell more and sell for more.”

The Farm Africa project will assist Ugandan and Tanzanian farmers manage and supply exceptional quality grain and market it for maximum profit.

The project will help 12,000 farmers in the Teso sub-region, including 2,000 members of the Katine Joint Farmers’ Co-operative Society (Kajofaco). This will allow more isolated farmers to connect with high paying buyers, particularly in Kenya.

The Kenyan market has a large population and booming economy which is key for the success of Ugandan and Tanzanian farmers. Additionally, Kenya, for the most part, is a food importer due to its mediocre crop growing capabilities.

Farm Africa, through the Food Trade project, will train farmers in Katine which is one of the poorest areas is in Uganda. The agency will provide guidance for improving methods of harvesting, drying, sorting and grading grain in three staple crops: maize, rice and beans.

Steve Ball, Farm Africa’s county director in Tanzania said to The Guardian: “By incentivizing farmers to grow bigger surpluses and making regional trade easy and affordable, this project will help lift tens of thousands of grain farmers in Tanzania and Uganda out of poverty as well as taking eastern Africa a step closer to agricultural self-sufficiency.”