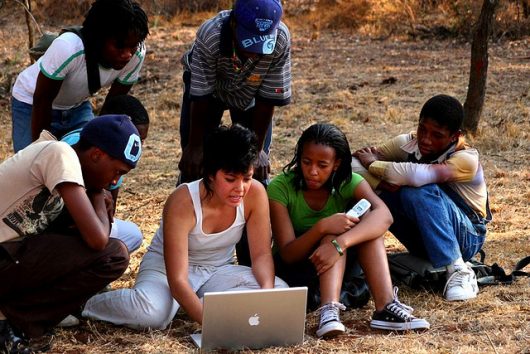 In October 2015 nearly 89,000 African youth in 17 countries took part in “Africa Code Week” where they had the opportunity to attend free online sessions and coding workshops. The event was created to empower African youth to become fluent in the language of the digital age and stimulate the continent’s economic development.

For some of the youth who took part in the week-long celebration of digital literacy, Africa Code Week marked the first time they had ever written a single line of code. For others, it was their first time using a computer.

“Africa Code Week gives us an opportunity to marvel at what the future holds,” said Bill McDermott, CEO of SAP, in an article for Forbes. “It’s true that today less than one percent of African children leave school with basic coding skills. I’m confident that figure is about to rise dramatically, just as Africa prepares to claim its rightful place as a soaring economic power in this new digital economy.”

Throughout the world, coding is becoming an increasingly critical skill for those entering the workforce. Over the next 10 years, it is estimated that there will be 1.4 million jobs in computer sciences but only around 400,000 graduates qualified to do them, according to International Business Times.

As we wind our way deeper into the 21st century, individuals with coding skills will become more and more valuable in the workplace. Digital literacy could become a key strategy for strengthening economic infrastructure in developing countries.

“Digital literacy has the power to put millions of young Africans on the path to successful careers,” Moroccan Minister of Education and Vocational Training, Rachid Belmokhtar, said to IT News Africa. “Trained, tech savvy graduates are needed to improve Africa’s position in the globally competitive knowledge economy. Everyone from governments and educational institutions all the way to NGOs and corporations has a role to play to spread digital literacy across Africa.”

It was foundations like Ampion, SAP, Simplon.co and more that saw the need and came to help. They founded Africa Code Week to bestow young Africans with a set of useful skills through hands-on teaching.

Despite the fact that the event is the largest digital literacy initiative ever held on the African continent, SAP and its partners are not satisfied. Next year, the Africa Code Week team hopes to reach 150,000 youth in at least 30 countries.

“The digital economy is here and the opportunities it presents are manifold,” said Pfungwa Serima, Executive Chairman, SAP Africa. “If we equip young Africans with the best technology, give them skills that make them relevant to the job market and empower them to be bold and innovative, we’ll see them do amazing things.”