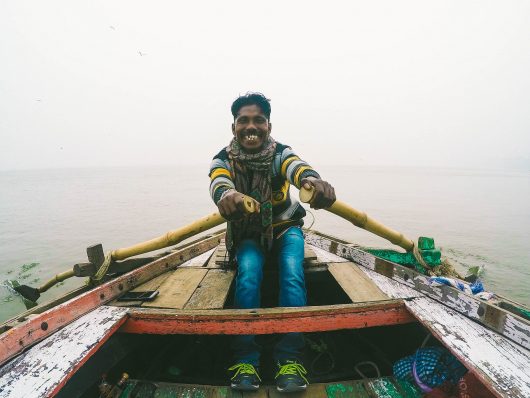 Most people are aware of global poverty, but oftentimes, the facts don’t sink in until people see the numbers. Here are 15 facts about global poverty.

1. The United Nations Food and Agriculture Organization estimated that from 2014 to 2016, one in nine people suffered from chronic undernourishment. Almost all of them live in developing nations.

2. Between the years 1992 and 2014, the number of undernourished people in developing nations was reduced to 43 percent. However, there is still a long way to go. The percentage of the world’s population that still suffers from hunger is 13.5 percent.

3. Sub-Saharan Africa is the region with the least amount of progress made in reducing hunger, with one in four people deemed chronically undernourished.

4. Although many Asian nations have made improvements in their poverty levels, little progress to decrease the number of chronically undernourished people has been made.

5. Undernutrition during a child’s developing years causes problems such as stunted height. In 2012, Professor Daniel Schwekendiek from Sungkyunkwan University studied the heights of children in North and South Korea. He found that poor nutrition causes North Korean children to be one to three inches shorter than South Korean children.

6. Another side effect of malnutrition is iron deficiency. Half of all pregnant women in developing countries are estimated to be anemic. About 40 percent of preschool-age children are also estimated to have anemia, which causes problems such as weakness and insomnia.

7. In the United States, a case of upset stomach and diarrhea might cause a sick day. For developing countries, a diarrheal disease could be a death sentence for a child. In 2015, diarrhea accounted for nine percent of deaths among children age five and under. This made it the leading cause of death for children in that age group.

8. Between 2000 and 2015, the number of children under five dying from pneumonia decreased by 47 percent. However, the numbers are not decreasing fast enough. In 2015, the cause of one in six childhood deaths was pneumonia.

9. The Center for Disease Control and Management estimates that 780 million people have no access to clean drinking water. This is about the same number of people who suffer from hunger and malnutrition globally. People living in rural areas are more likely to not have access to an improved water source.

10. The United Nations Children’s Fund (UNICEF) estimates that one in five primary schools girls do not have access to education. Experts say that one reason for this is because menstruating girls often do not have access to toilets in schools. Girls are also more likely to be in charge of fetching water for the family. This makes it difficult for them to stay in school.

11. Contaminated drinking water can also lead to diseases such as Guinea Worm Disease (GWD). This is a painful parasitic disease that causes worms to emerge from the body through blisters and sores.

12. Unclean water isn’t only unsafe to drink, it can also be unsafe to wash in. Contaminated water sources used in washing can lead to problems such as trachoma, the world’s leading cause of preventable blindness. Nearly 41 million people suffer from this condition.

13. According to UNAIDS, there were approximately 37 million people living with HIV/AIDS in 2015. The number of children under the age of 15 living with the disease in 2015 was 1.8 million.

14. In 2015, 150,000 children became infected with HIV. The majority of them live in Sub-Saharan Africa and became infected by their mothers through pregnancy, childbirth or breastfeeding.

15. However, people are making progress in addressing the AIDS epidemic. In 2016, there were an estimated 18.2 million HIV-infected people on antiretroviral therapy. UNAIDS hopes to increase that number to 30 million by 2020.

Most people have some general knowledge of the effects of global poverty, but the numbers make the reality more palpable. These facts demonstrate the great amount of progress made and the work that still needs to be done. The Borgen Project is helping decrease global poverty number by educating, advocating and mobilizing people. However, until poverty is completely eliminated, there is still plenty of work to be done.