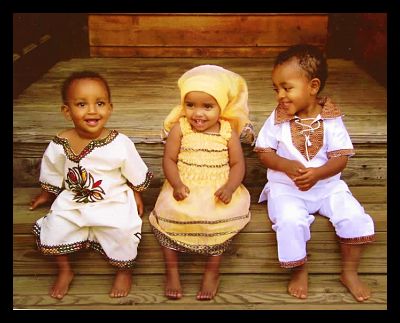 Ethiopia has proven to be a country to model economic growth for other African nations. The World Economic Forum on Africa will be meeting soon to discuss, among other issues, how Ethiopia was able to bring itself out of high poverty levels and into a relatively flourishing state. As a country that has a history of civil, Ethiopia’s progress is an inspiration to all of Africa.

Ethiopia has made huge strides in its economic sector as well as healthcare and government accountability. In the past two decades, Ethiopia has decreased the child mortality rate by 60 percent and built more than 15,000 primary healthcare facilities in rural areas. The country is also well on its way to meet the Millennium Development Goals by 2015.

The government of Ethiopia has been adamant about implementing policies that will better the economy and all aspects of the country. Haddis Tadesse, a representative of the Bill and Melinda Gates Foundation in Addis Ababa, has described Ethiopia’s policymakers as shifting from the mentality of “we can’t” to “we can.” This philosophy has done wondrous things to inspire hope for everyone living in Ethiopia.

Politicians and government authorities are now developing strategies to end hunger and create food stability for all citizens, build a new, impressively large hydro electronic power plant, an electrified railway system and a light manufacturing industry. Once these projects are complete, Ethiopia’s economy will continue to boom.

By following the examples of India, Malaysia, China, Brazil and Turkey, Ethiopia has been able to mold itself into a prospering economy and society. As Haddis Tadesse says, “Ethiopia is well-positioned to escape the poverty trap. But it won’t be easy.” With further improvements in infrastructure, human rights and creating a stable market, the country is likely to become dependent on foreign assistance and begin to provide aid to other African countries.