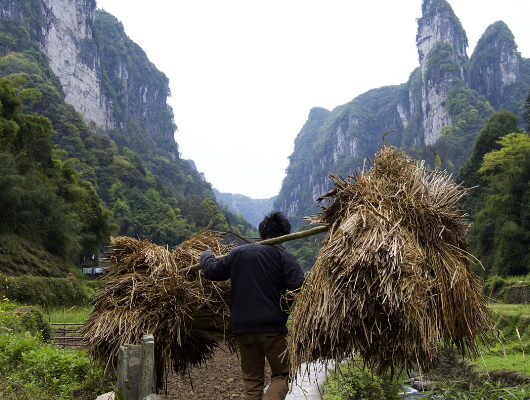 Chinese President Xi Jinping announced during the 2015 Global Poverty Reduction and Development Forum opening presentation that he vows to eradicate poverty in China by 2020.

Over the past 15 years, China has lifted more than 600 million people out of poverty.

This impressive feat made them the first developing country to achieve the first Millennium Development Goal (MDG) target of halving poverty before the 2015 deadline.

Despite this commendable accomplishment, more than 70 million people in China are still living below the poverty line – earning less than 2,300 yuan annually, which is the equivalent of $362 U.S.

“Despite the achievements, China remains the world’s biggest developing country, and narrowing the urban-rural gap remains a big challenge for us,” said President Xi.

Similar to many countries worldwide, the disparity between the rich and poor in China continues to increase as the world’s second-largest economy slows its pace.

According to President Xi, only 12.3 million Chinese people earned enough money to move above the poverty line in 2014, compared to 43.3 million people in 2011.

In light of the International Day for the Eradication of Poverty on Oct. 17, the Chinese government will have to lift, on average, 1 million Chinese people out of poverty per month until 2020.

The Chinese government and China’s Office of Poverty Alleviation & Development plan to come up with a string of more effective and targeted measures to achieve the goal, including:

“Chinese government has made great efforts on poverty alleviation. We hope to encourage all sectors of society to participant in the endeavor to lift all rural population out of poverty by 2020,” said Hong Tianyun, head of the Lead Group Office of Poverty Alleviation & Development in China.