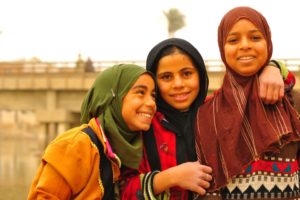 Recently, five young Egyptian women were sentenced to two years in jail each for violating public morals through videos they uploaded to TikTok. These women in Egypt are influencers on TikTok and Instagram and have over two million followers. Haneen Hossam, a 20-year-old student at Cairo University, uploaded the video. In the video, she encouraged other young women to meet and cultivate friendships with men. Men are able to do this through a sponsored video chat app.

More Inequality Toward Women in Egypt

This repressive verdict is only the most recent in a series of laws and court decisions. Similar to others, it squashes young women’s freedom of expression in Egypt. This is especially done on the internet. More than 40% of Egyptian youths are regular internet users, which opens many doors for communication, education and entertainment. However, the certain punishments of young women for their behavior on the internet do not apply to young men in the same way. For instance, a belly dancer who posted videos on the internet was sentenced to three years of imprisonment for debauchery, and other female singers, artists and dancers have received similar treatment.

Given that gender equality and women’s empowerment are crucial to eradicating global poverty, attacks on women like these by the Egyptian government are especially troubling. In light of these disturbing outcomes for young women in Egypt, it is important to highlight nongovernmental organizations. These are the NGOs that do the important work of fighting for gender equality and empowerment in Egypt. The below organizations work to elevate women’s status in Egyptian society by providing opportunities for economic participation. They also work to address sexual violence and improve access to education.

Only 26% of Egyptian women participate in the labor force, compared with 79% of men. Women in developing economies that include the economy of Egypt will forge progress in gender equality, economic growth, and poverty eradication.

The Center of Egyptian Family Development operates in Upper Egypt, providing women with economic opportunities. The NGO provides technical training and marketing support for handicraft production offered exclusively to women in this area. The NGO has reached nearly 340 women with its economic initiatives and has seen numerous positive outcomes. Communities are more aware of gender equality issues, women have improved negotiation power, and many women have since become interested in running for local elections.

Women also suffer from lower literacy rates in Egypt at 65% compared to 82% for males. Access to education for women and girls is critical to ensuring their active participation in the workforce and the reduction of poverty. One NGO working to protect access to education is the Association of the Advancement of Education. This organization prioritizes reducing dropout rates for Egyptian girls through researching and influencing education policy.

Based in Cairo, the NGO works with the United Nations as well as the Egyptian Ministry of Education to achieve its goals.

Another enormous obstacle that women in Egypt face is the prevalence of sexual harassment and violence. Operation Anti-Sexual Harassment/Assault in Cairo provides a hotline for victims of sexual assault, and also works to combat sexual harassment in public places. This organization steps in to evacuate women from violent situations. It also provides them with legal and medical assistance and operates safe houses as well. The group also believes in the importance of female participation in its cause. It erodes the narrative that women need to be rescued by men. Activist Reem Labib said, “The solution is not just for men to defend us. We, too, have to participate.” Where the Egyptian government and courts fail the women of the country, groups such as OpAntiSH step in.

The NGOs highlighted above are only a few of the myriad organizations working tirelessly toward women’s equality and empowerment in Egypt. They face many barriers like the recent women’s censorship online and the harsh punishments that followed. However, one thing is clear: Egyptian women have demonstrated their refusal to be silent and complicit. As a result, a new generation of young activists yields hope.

Celebrities Who Advocated For Yemen Hunger in Dominica: 5 Fast Facts
Scroll to top