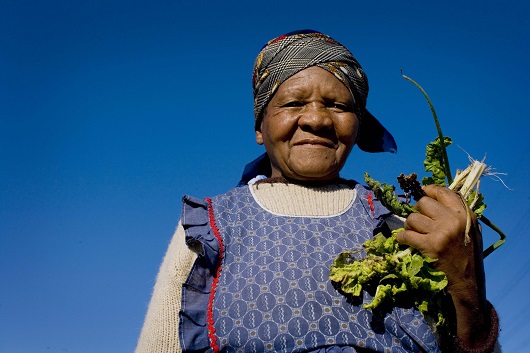 Ethiopia is currently facing its worst drought in 30 years leaving 7.5 million hungry each year. Researchers are attempting to popularize the Enset plant amongst farmers in order to address hunger in the region.

The Enset plant is known as the ‘false banana’ as it resembles the banana tree but is taller and fatter. The crop is a staple in the highland areas of southern Ethiopia. However, in the midlands, non-indigenous and soil-depleting crops like maize are farmed.

While other crops like coffee and grains wither, the Enset plants withstand both droughts and heavy rains. In fact, it can survive up to seven years without rain by storing water in its leaves.

“One of the unique qualities of the Enset is that it will always be around as a backup plan,” said Gebre Ynitso, an associate professor who studies the plant in the Department of Social Anthropology at Addis Ababa University. “It’s like money in the bank.”

The Enset plant can also feed livestock, allowing families a form of protein during famines and droughts. The leaves that fall from the Enset plant also improve soil fertility.

The Enset plant is only a staple to 20 percent of the Ethiopian population, as most see the plant as inferior and harder to cultivate than grains.

However, researchers have created outreach programs to foster increased awareness of the importance of the Enset plant. The Arba Minch Univeristy in southern Ethiopia built an “Enset Park” to provide local farmers with seeds and other materials needed to plant Ensets.

The Dilla University hosted “Enset on Wheels” food carts, and prompted other food festivals to take place. For example, a festival in Gadeo showed local farmers the versatility of Enset by presenting 32 different meals using the plant.

Wolde Tadesse, a visiting researcher at the African Studies Department at Oxford University in the UK said: “What’s important about the Enset is that it keeps the family alive. It’s the backbone of the family and community.”

Why Drones Could Soon Be Delivering Health CareWater, Sanitation and Hygiene: Better Nutrition for The Poor
Scroll to top