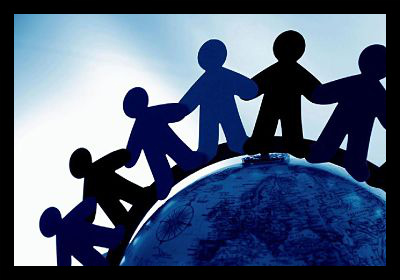 Videos and pictures of malnourished children play on TV screens in between reality TV shows and donation envelopes arrive in the mail, sometimes to be barely glanced at. A supporter of The Global Poverty Movement said, “Everything that has a beginning has an end,” but what is the world doing to end global poverty?

Two people who are aware of and trying to combat this issue are Hugh Evans and Simon Moss. These two men erected The Global Poverty Movement in 2008 during a “High Level meeting on Millennium Development Goals” and within a year launched in Australia. It is their hope that through this project, global poverty can be eradicated by 2030 through the use of government changes and business and consumer action, along with developing a movement that will inspire and educate people to move to action to affect change.

Since landing in England, New Zealand and the United States, the Project has increased in numbers by the thousands and secured funding for their initiatives, such as Live Below the Line, The End of Polio and Global Citizen, to eradicate poverty by the billions.

The Global Poverty Project has made use of multimedia to reach those all over the world in support of their campaign of ending global poverty through video presentations to recruiting celebrities such as Hugh Jackman to enlist in the cause to free ticketed concerts to spread their mission.

By using these methods, people of all ages—about 250,000 so far—are becoming members of Global Citizen, becoming more conscious of the less fortunate and moving to action by simply using the Internet.

In late September, the organization hosted their third annual Global Citizen Festival with popular singers Jay Z, Carrie Underwood, fun. and The Roots, to name a few. In order to obtain tickets, the organization created an incentive program; sign petitions, email world leaders and share content on social media. By doing so, “fans [became] active participants in campaigning for positive change.” These campaigners earned points to put in a raffle to win tickets to the concert.

With the help of activists lobbying for change, a change will come, even if it’s through sharing an article online or signing a name to a petition because like one Global Citizen said, “What we do in one place effects someone on the other side of the world.”