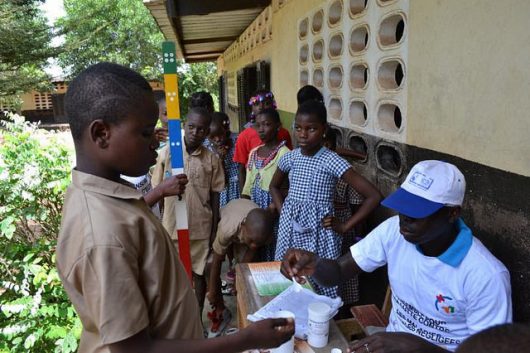 Typically caused by inadequate sanitation and lack of clean drinking water, NTDs vary in their effect but can prove detrimental, especially in children. These diseases can impair intellectual development in children as well as cause blindness and other physical disabilities. The health costs are not the problem caused by NTDs, as they also reduce school enrollment and prevent economic progress because infected individuals are limited in ability. This is why it is critical to end Neglected Tropical Diseases.

USAID is leading the global fight against NTDs. It implemented large-scale treatment programs and research for the affected countries. In the past 10 years, the U.S. made great progress in this fight, giving more than $11.1 billion in donated medicines. This contribution provided more than 1.6 billion treatments to approximately 743 million individuals.

The U.S. impact does not end there. In addition to the treatment programs and research implemented by USAID, Congress also prioritized this issue by introducing the End Neglected Tropical Diseases Act (H.R. 1415).

H.R. 1415, sponsored by Representative Christopher Smith (D-NJ), advances the current program working against NTDs. This act prioritizes improving the current program by monitoring funding, including morbidity management in treatment plans and expanding research development. So far, this act has five cosponsors and was referred to three House sub-committees.

Although USAID led a strong battle against NTDs, there is still much work to be done for the one billion people affected by this problem. As NTDs are slowly eradicated, the livelihoods of the world’s poor will begin to improve as children can return to school and adults are able to achieve financial stability.

Farmerline: Increase Food Security in Ghana Why Is Ethiopia Poor?
Scroll to top