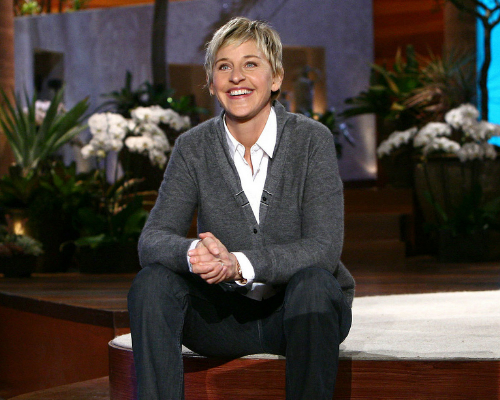 Famous YouTuber Zoe Sugg, also known as Zoella, and Talk Show Host Ellen DeGeneres have teamed up with Gap to release a new line of clothing for female empowerment.

The clothing line, called Gapkids x ED, encourages women of any age to feel strong and to voice their opinions. DeGeneres’ clothing brand, ED, has worked with Gap to combine comfy fabric and trendy styles with motivational quotes and symbols that inspire courage and confidence.

To show her support for the campaign, called GIRL, Sugg took a few minutes out of one of her vlog videos to flash one of her favorite t-shirts from the line. The British 25-year-old donned the GapKids x ED Energy Bolt Tee while introducing her involvement in GIRL to her nine million subscribers.

“This was something totally different, and I really, really loved this campaign. And I really wanted to get behind it and share it with you guys,” Sugg said in the video.

Expressing her backing for GIRL, DeGeneres said that one of the reasons she joined the campaign was because she shares some of the same ideals as Gap.

“Gap has always encouraged people to be themselves, and I love that they have the same values that I have; to be true to who you are and to wear cute pants,” DeGeneres said.

Not only do Gap and DeGeneres believe in sporting fashionable trousers, but they also think that self-image is a key step in female empowerment. DeGeneres said that she knows from experience that being true to yourself is important for growing and changing and that this campaign is demonstrating this notion by shining a light on real girls doing unique things.

GIRL focuses on three talented girls who each have something different to offer and demonstrate. The webpage for GIRL hosts three videos of each girl. Alexey, a young, bold and strong drummer, can be seen expertly beating her drum set. When asked what advice she has for girls, the little rocker gave a mature statement.

“Just follow what your heart says, and you can achieve it,” the 12-year-old said.

The other two girls featured by GIRL can also be seen in videos on the webpage. Torrae, a nine-year-old robotic hand technician, said that she is powerful because of her imagination. Twelve-year-old entrepreneur, Asia, started her own company when she was five and plans to start classes teaching kids her age about business.

Asia has big plans for her future. In her video, she proudly said that she wants to be a dancer, a singer, a rapper, a college graduate and the president of the United States.

Another girl representing the influence of personal voice is Sugg. With more than 700 million views on both of her YouTube channels combined, Sugg has been able to reach girls from all across the globe with her take on feminism in her fashion, beauty and life videos.

Like Sugg has done with her YouTube videos, DeGeneres said that this campaign has the ability to “break the internet.” GIRL encourages wearers of the brand to take selfies of themselves in the clothes and to share the pictures, as well as speak their views of feminism and equal rights.

DeGeneres added that there is also a collection by Gap x ED because they “believe in equal opportunity cuteness.”

Food for Peace, the Past, Present and Future 10 Ways to End Global Hunger
Scroll to top