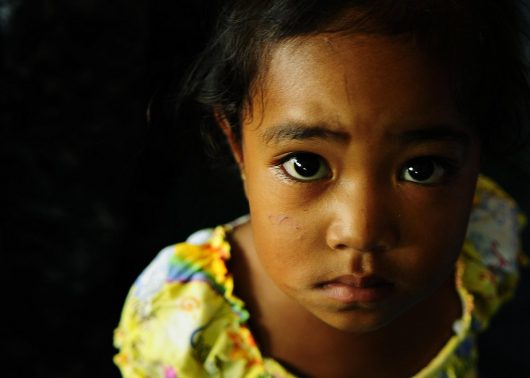 Since the El Nino Southern Oscillation (ENSO) phenomenon in mid-2015, Papua New Guinea (PNG) has been struggling through frost, drought and widespread food and water shortages. The ENSO — a period of unpredictable fluctuations in temperatures and currents of the wind and sea — disrupted food production and ruined the livelihoods of the many who live there. Food prices had already sharply increased by the end of 2015. The limited availability of food supplies in the markets makes for an even higher risk of starvation and suffering, in addition to the regular problem of hunger in Papua New Guinea.

As one of the poorest countries in Asia, PNG has 37 percent of its population living below the poverty line. Diseases like malaria are taking an increased toll. People are already weakened by the hunger in PNG, making it difficult to fight off sickness. The weather phenomenon also devastated the crops last year due to frost and drought, leaving farmers with nothing to eat.

According to the World Food Programme, as many as 700,000 people in PNG are in need of food assistance. Hunger in Papua New Guinea has also been overlooked, as the government has not issued any requests for assistance or declarations of emergency, even though staples like sweet potatoes were destroyed by low rainfall throughout 2015. Frosts from July through October continued to damage crops the following year. In October, there were several local villagers who said they walked through red dust– something that is unseen in the area.

Although the government began investigating reports of deaths, especially due to hunger, many badly affected communities have yet to receive aid. The slow response is due to the fact that PNG has a rugged terrain. Many villages and communities are only accessible by a multi-day trek from the next town over, or by aircraft that is flown by a pilot trained to land on small strips in the middle of the jungle.

Several World Food Programme groups have been offering food aid since the ENSO hit in 2015. With the world working together as a whole, charity organizations have raised enough money and helped grow enough food to feed more than one million people in PNG. At this rate, PNG is expected to be out of its ENSO drought by 2020 and back to standard living rates, although those are well under the national poverty lines as well.

PNG’s villagers are starting to witness more green fields, running children, happy families and liveliness being restored into the country. They will soon be back to where they were, fighting the usual hunger in Papua New Guinea, and pushing for better lifestyles.