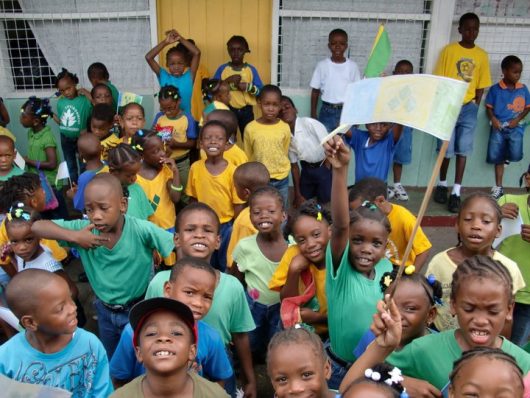 St. Vincent and the Grenadines (SVG) is an island country located in the Caribbean. It has only been a member of the Commonwealth of Nations since 1979. It is often marked as a developing country known for having a high unemployment rate. Yet, in recent years SVG has made significant improvements, particularly in education.

Credit is partially due to the Education Revolution that has been taking place in SVG since 2001, when the Unity Labour Party (ULP) gained control of the SVG government. The ULP credits itself with allocating more funding for educational programs than the New Democratic Party did when it held power. The ULP states that it will continue to make improvements throughout education in St. Vincent and the Grenadines including strengthening its STEM programs and developing secondary education.

UNESCO, UNDP, UNICEF and the World Bank founded the Education for All (EFA) movement in 1990 in order to improve education in St. Vincent and the Grenadines. This program claims many successes in SVG, including the addition and expansion of the community college. Additionally, there has been a steady increase in primary school teacher training.

However, there is still much room for progress. For example, there was a 36.4 percent decrease in the number of children who were primary school aged and those who graduated from the last year of primary school between the 2013-2014 and the 2014-2015 semesters. Furthermore, the country has yet to achieve 100 percent enrollment. Though the most substantial educational rift is the lack of training of SVG educators. As of 2015, 58 percent of SVG secondary school educators had no teacher training.

A possible solution to this issue could be mimicking Singapore’s teacher training structure. There, Singapore selects teachers from the top one-third of their secondary school graduating classes and cultivates them towards teaching via internships throughout their high school careers. Teacher salaries are competitive with those of other fields of study, and the training also offers competitive compensation. The teacher development and career path programs in Singapore are equally robust, recognizing potential and encouraging job promotion. Consequently, Singapore is a top performer in math, reading, and science when compared to the rest of the world. Being that much of Singapore’s success has taken place within only the last 50 years, its story brings hope to developing countries such as St. Vincent and the Grenadines, especially when taking into account their similar sizes and histories.

Education in St. Vincent and the Grenadines has room for development, and its odds of success are favorable. It is widely agreed that educational success contributes greatly to the overall economic success of the country, improving the country’s employment rate and the standards of life for many citizens. Victories such as these appear to be on the horizon for education in St. Vincent and the Grenadines in the coming years.