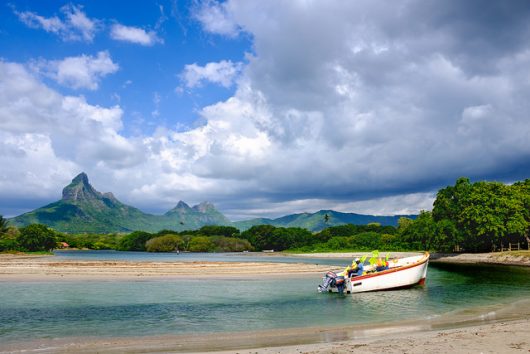 The Republic of Mauritius is a tiny island in the Indian Ocean, located just east of Madagascar and the African continent. It gained independence from Great Britain in 1968 and became a Republic in 1992. Education in Mauritius is still in its early stages, in a former British colony, mirrors the British system of education.

Much like other places around the world, the island nation’s educational system offers primary and secondary education. Children begin their primary education at the age of five. There are six elementary school years, at the end of which students take the Certificate of Primary Education (CPE) examination. The next step is admission into a secondary school.

Like primary education, attendance at secondary school in Mauritius is compulsory, until age 16. Students attend for five to seven years, depending on exam scores that keep them on an academic track or transition them into vocational programs. Those who stay the full seven years take additional exams for the opportunity to move on to post-secondary and university education.

The problem with education in Mauritius is retention. Attendance drops 25 percent from primary to secondary school. There needs to be a bigger focus on retaining students as they progress through secondary education and beyond.

One key indicator of success is the educators themselves and how many are teaching the children. A lower student/teacher ratio is critical to obtain the best possible education for each student. With more students per teacher, some students are overlooked and do not get the attention they require to learn. In Mauritius, the ratio improves the older students get, from 24 in primary education to 13 in secondary schools. Unfortunately, this is because of secondary school attrition.

While the Republic of Mauritius is very young, school enrollment has been high. Although education in Mauritius has produced students who are achieving better scores, there remains room for improvement and growth. A stable foundation has been laid, and quality is only going to increase.

Education in St. Vincent and the Grenadines 10 Facts About Namibian Refugees
Scroll to top