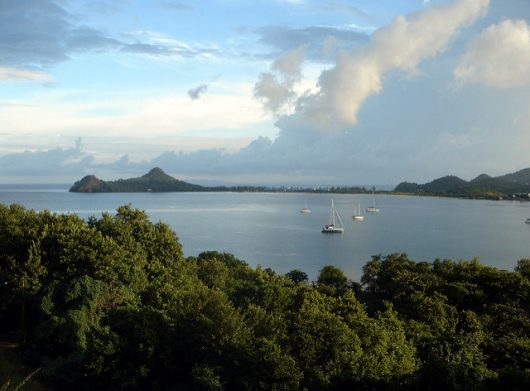 Education in St. Lucia, a sovereign island country in the eastern Caribbean, seeks to prepare students for exciting futures in higher education and the workforce. Educators at 75 primary schools and 24 secondary schools have worked for decades to mobilize their youth to succeed.

In response to poor performance by students in grades one to five on a Minimum Standards Test in 1998, the nation enacted the Education Act of 1999. Supported by parliament members, teachers, and students alike, the act clearly outlines students’ rights and actively contributes to curriculum development.

Furthermore, the Education Act of 1999 rests on the idea that citizens ought to pursue higher education in order to serve the community. As a result—and although students over 16 years old may opt-out of attending school under the act—upper secondary institutions boast a 97.2 percent enrollment rate.

In addition to the cultural push for students to attend school as a civic responsibility, perhaps the numerous opportunities for tertiary education compel students to further their studies. The University of the West Indies, which offers online degree programs, frequently awards Rhodes scholarships to residents of St. Lucia and other members of the Commonwealth Caribbean. St. Joseph’s Convent, an all-female secondary school in St. Lucia, also offers scholarships to those with creative skills and potential as leaders.

Sixteen-year-old Kurmysha Harris perfectly exemplifies the standards of education in St. Lucia. A fifth-form student at the St. Joseph’s Convent, she became St. Lucia’s youngest published author when she published her first novel, The Lost Sister, in September 2016.

Harris, who has been writing for most of her life, cites her uncle and parents as major contributors to her book. Sister Rufina, the principal at St. Joseph’s Convent, also reached out upon the book’s release to show support on behalf of the school at large. With such an enthusiastic fan base, Harris has sold more than 600 copies of her novel and has started working on another.

Opportunities for teens like Harris continue to open up far and wide in the country. With governmental attention and widespread support from adults, education in St. Lucia has the nation’s youth bound for success.

Modern Balkans: Hunger in Macedonia is Moving Out10 Facts on Hunger in Sao Tome and Principe
Scroll to top