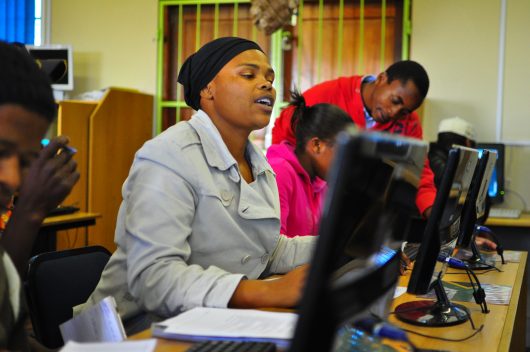 In Sub-Saharan Africa over 56 million people between the ages of 15 and 24 have not completed primary school education, according to a UNESCO report.

In addition, 30 million children are not attending primary school and 22 million teenagers are not enrolled in secondary school.

At the same time, however, the mobile phone penetration rate stands at 73 percent. “More households in developing countries own a mobile phone than have access to electricity or improved sanitation,” states a World Bank report.

Due to the easy access to technology in developing regions, connecting technology with education is a logical solution. The only challenge is how to adopt this strategy. In the past, large “umbrella” initiatives have proven ineffective, because of the very varied contexts in which they are implemented.

However, regionally-tailored, context appropriate technologies to narrow the education gap are being developed and utilized across sub-Saharan Africa.

The Kio Kit is one potential solution. The Kio Kit, which runs on BRCK, a mobile Wi-Fi and storage device, consists of 40 Kio tablets and headphones. “If it works in Africa, it’ll work anywhere,” is one of BRCK’s creator, Erik Hersman’s, catchphrases.

The Kio Kit was first launched in Kenya. The tablets have enough battery to manage the typically intermittent power in rural areas. Each one can run for 8 hours on a single charge.

A mix of the Kenyan educational curriculum and some international content is already pre-set on each Kio tablet. To stop students from roaming the Internet while in class, the tablets do not offer network connectivity. However, when connected to BRCK (thought as of the “brains” of the Kio Kit), tablets can be updated with new information and software. The BRCK has a sim card and options to have an ethernet connection.

As stated on the BRCK website, the Kio Kit sells for $5,000 and a Kio Tablet for $100. They are also available for purchase online, making them easily accessible.

“We knew if we were going to look at education seriously, we need to look at this with a solutions-based approach,” said Hersman. “The fact that most [existing] tablets have power cables you have to plug in and out – it doesn’t work for teachers. Little things make a big difference when you get to a classroom.” BRCK and Kio Kit have the potential to improve the education and futures of many children in different parts of the developing world.