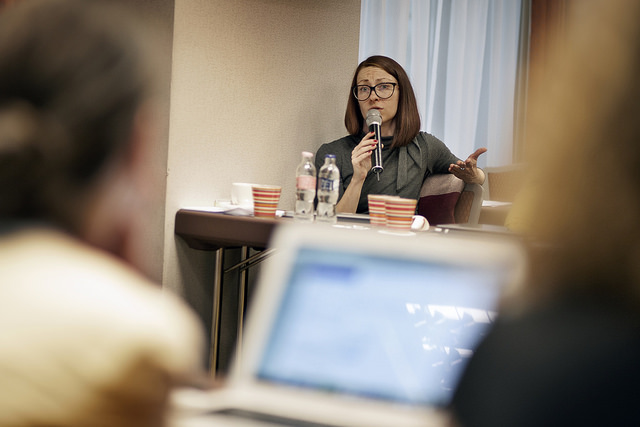 Education in Slovakia has a lot of similarities to the education system in the U.S., however there are a few key differences worth noting.

The first one of these major differences is the years of preschool education. In America, most schools have one year each of pre-school and kindergarten, which most students attend at the ages of four and five, respectively. However, Slovakia has a few years of kindergarten education. Most students attend this when they are between three and six years old. Although this level of schooling is not required, kindergarten is a period where students learn numbers, nature, colors, how to draw, shapes and names of the days and months.

The next level beyond kindergarten is primary school, which is required by law. In America, primary school is called elementary school and is six years long, and leads into two years of middle school. In Slovakia, primary school is split into two sections. The first section starts at age six and is four years long (first to fourth grade) and the second section is five years long (fifth to ninth grade). By the time students finish this level of education, they should be about 15 years old. In America, at 15 years old, students would already be halfway into their high school education.

Secondary schools are where the most differences show between American and Slovakia. High school education in America is still focused on core subjects like history, science and math, although they usually delve deeper into the subject matter. Rather than general subjects, you can specialize in certain subjects. For example, it is no longer just science class – you can usually pick between biology, chemistry or physics. Secondary education in Slovakia focuses not only on higher education in these subjects, but vocational training is a key aspect. This better prepares students for the future job market, and also this blend of general education and vocational training is what makes education in Slovakia so effective. The Legatum Institute releases a yearly ranking of countries based on certain aspects. In 2016, according to the Legatum Prosperity Index, Slovakia ranked 30th out of 149 countries evaluated, compared to the U.S., which was ranked eighth.

Slovakia and America have different ideologies about education, but it is clear that Slovakia’s focus on higher education and vocational training especially have hugely benefitted Slovakia in terms of education for its citizens.