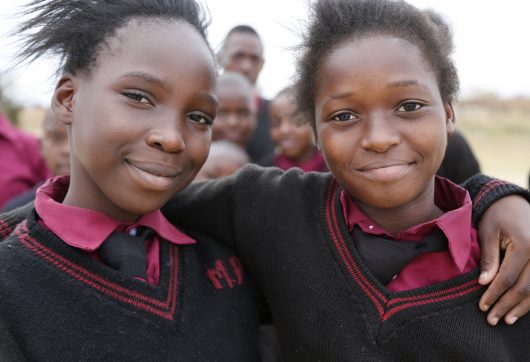 Schools in Sierra Leone reopened in April 2015 after the world’s worst recorded Ebola outbreak. The country’s government, with assistance from the Global Partnership for Education (GPE), made efforts to improve education in Sierra Leone since then. However, the issue of gender inequality and its effects on educational opportunities still needs to be addressed.

When Ebola struck Sierra Leone in 2012 and schools were closed for nine months, approximately $1.45 million from GPE was utilized for Ebola-related efforts. These funds helped provide emergency television and radio school programs for children to watch and listen to while out of school. Approximately 600 hours of radio programs were broadcast. GPE funds were also allocated to ensure the availability of safe learning environments when schools reopened. 900,000 students benefited when 2,700 schools were disinfected and 5,970 schools received hand-washing stations and supplies.

To mitigate the loss of educational opportunities due to the nine-month hiatus, the government of Sierra Leone, assisted by the International Rescue Committee (IRC), also implemented two shortened academic years with accelerated syllabi. Despite this progress toward recreating a stable education system in Sierra Leone and improving learning opportunities, gender inequality persists, creating educational discrimination and barring opportunities from pregnant women.

According to the U.N. Population Fund (UNFPA), approximately 18,000 teenage girls became pregnant during the Ebola outbreak. Researchers have identified rape, abusive relationships and prostitution as factors contributing to the spike.

Sierra Leone’s education ministry has decidedly barred pregnant girls from attending school, suggesting that they would be unable to perform well in class. The ministry believed that exposing pregnant girls to classmates would both humiliate them and encourage others to become pregnant.

According to Business Insider, only 15% of girls reach secondary school in Sierra Leone, and only six out of 10 girls aged 15 to 24 are literate, compared to three out of four boys in that age range. The ministry’s band will only worsen the gender disparity prevalent in Sierra Leone’s education system. The United Nations and UNICEF have both launched classes for pregnant students, hoping to relieve gender inequality. In addition to this, UNICEF has initiated programs to educate the community about teenage pregnancy through awareness and training.

The Ebola crisis has been a testament to the resilience of Sierra Leone’s citizens and has given the government an opportunity to reorganize and strengthen the country’s educational programs.

However, this crisis also highlighted the system’s gender inequality and weaknesses. Providing women with educational opportunities has been proven to raise countries’ GDPs. Narrowing the gender gap in education in Sierra Leone, therefore, should be a priority.