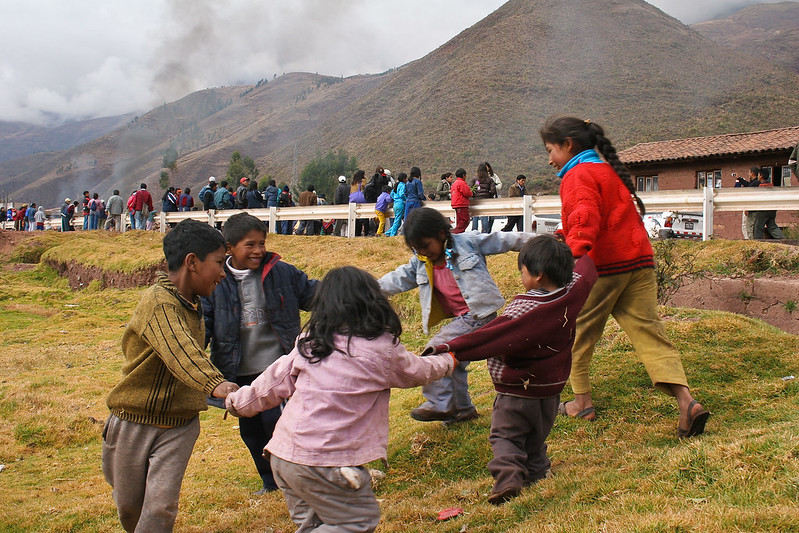 Education in Peru is an area in need of improvement, especially for children living in the most vulnerable parts of the country. In 2017, the Peruvian government spent only 3.92 percent of its Gross Domestic Product (GDP) on education. While this represents an improvement from 10 years prior, with only 2.63 percent of its GDP spent on school improvement, there is a significant disparity between private and public education.

Private schools have a reputation for offering the highest quality education in the country, but only families with deep pockets can afford the high fees. For instance, the Markam College, one of the top bilingual schools in Lima, costs $12,500 for middle school and $8,500 for high school and the International Baccalaureate (IB) Program.

Most middle and lower class Peruvians cannot afford such high school fees. The situation is even worse in the Peruvian Andes and Rainforest regions, where indifference and tremendous cultural and linguistic barriers often hinder children from receiving an education at all. To solve these problems, UNICEF Peru started the Multicultural Bilingual Schools Initiative or “Friendly Schooling” in 2017 to tackle the three main obstacles that Andean and Rainforest students face: isolation, gender inequality and language barriers.

When referring to isolation, in many cases, children have to walk for hours to school. Others may discontinue their education altogether due to family pressures or gender discrimination. That is why Peru’s “Friendly Schooling” works closely with community leaders and parents, keeping them informed of the academic progress of their children. Parents and the rest of the population participate in the children’s education, even taking time to educate new teachers on their culture. “Friendly Schooling” also emphasizes that for the community to develop, education must be a priority.

The 2015 documentary “The School of Silence” shows the desperate situation of girls in Andean schools and the reality that the main role of females in the school environment is to do chores and serve as assistants to their male counterparts. Girls were rarely seen taking on leadership roles and in general, female participation in the classroom was almost nonexistent.

“Friendly Schooling” aims to destigmatize this cultural bias. In this new school environment, both girls and boys equally participate in keeping the classroom clean. However, the most significant contribution is that girls now have the possibility of participating in class elections. Now, thanks to cooperation between teachers and parents to uplift female students, girls are taught that they are equal to their male counterparts.

The biggest obstacle to overcome is the language barrier that exists not only between the authorities and the community but also between students and teachers. When the “Friendly Schooling” initiative first started, several schools were selected from three provinces where native languages such as Quechua and Aymara are primarily spoken rather than Spanish. Learning in a language they barely understood caused many female students to forgo continuing their studies. In fact, according to Brookings, “along Peru’s northern Pacific coast, where the Afro-Peruvian population is most heavily concentrated, only 26.9 percent of those girls access education, compared with an average of 42.3 percent for all girls in the same geographic area.”

The point of this bilingual education initiative is not only to teach children in their native tongue but also to ensure adequate training for teachers and the provision of quality materials for students. The program also leverages the use of ICTs in delivering instruction in Spanish and the given native language of children.

Peru‘s “Friendly Schooling” Program can serve as an example for many countries whose native populations are suffering from a lack of educational opportunities. Indigenous communities can become empowered if their culture is formally recognized in their studies.