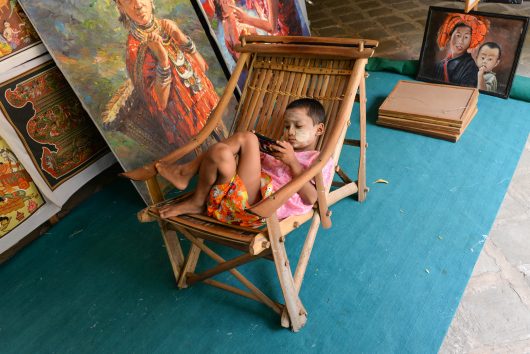 Education in Myanmar is improving, though this progress has been slow. At the time of the British decolonization of Asia in 1948, Myanmar (then Burma) was lauded for having one of the top educational systems in the continent.

Many experts projected that Myanmar would come to be one of the central powers of the region due to its superior education, however, this has not been the case.

The World Bank has attributed the country’s now weak education system to various warring ethnic groups, particularly the progressive power of military rule that took hold over a half-century ago.

Myanmar has only recently begun to give way to democratic rule–the system that was originally intended for the developing country in 1948.

From the beginning of military involvement in governance in the early 1960s, an increasing list of sanctions was placed upon the country.

With the combination of international economic restrictions and tightening limitations from the military government, education in Myanmar quickly began to decompose.

However, after decades of brutal military rule, the people began to fight against the stiff restrictions imposed upon them. Notably, in November 2015, Htin Kyaw was elected as president of Myanmar in the first openly contested parliamentary elections that the country has ever had.

Since then, many sanctions have been lifted to allow open international trade and commerce.

With these recent signs of progress, many are optimistic that the education system in Myanmar will also begin to improve. Dr. Mya Oo, the Secretary of Education Development Committee of Myanmar has said that the first step that is needed is to create a system of free and compulsory education.

The first five years of education in Myanmar are already compulsory, but they are not free. The imposed educational fees put a strain on impoverished families who are usually forced to opt out from lack of personal resources.

There is also a certain level of discrimination against girls and ethnic minorities, which further limits the proportion of students in school. Only one-third of students reach the five-year level of education and this number decreases exponentially as the students continue to progress toward higher schooling.

The current Myanmar government recognizes these as serious issues, and as such recently announced, it plans to help boost enrollment rates as well as the quality of education. These propositions address increases in funding, focusing on equal education for women and ethnic minorities, building schools in remote areas and establishing better training systems for teachers.

These goals are scheduled to be reached before the end of 2016.

The government is also placing a greater emphasis on higher education as well. Myanmar governmental and educational officials have begun to consult with a number bordering states and European entities for improvement ideas in their universities.

Many of suggestions include universal equality, the establishment of student unions and universities that are allowed to operate autonomously.

With the implementation of these targets, many are optimistic that Myanmar will be able to provide for the anticipated influx of students seeking higher education.

Government oppression and poverty made it nearly impossible to achieve more than basic literacy. However, as the country works toward social progress, it is hoped that education in Myanmar can be brought back to life in a timely and efficient manner.