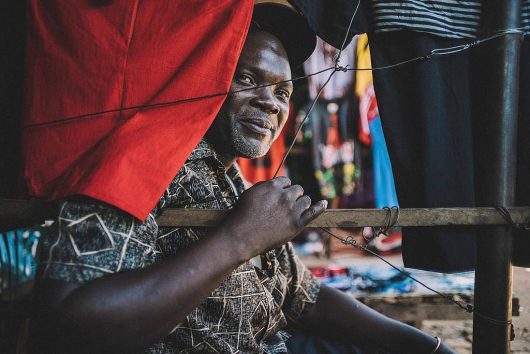 Contrary to popular belief, economists are not just concerned about money. In fact, much of the study of economics is concerned with how people behave and make choices. Since the days of Adam Smith, who is widely regarded as the father of this discipline, economists have adopted various views of poverty.  Exploring the link between economics and poverty is crucial if the world is to make positive progress.

Economics and poverty have a long history with thought camps that diverge in many directions. Nevertheless, many economists agree that some reasons for poverty are beyond the control of individuals.

According to the more classical view of economics, an individual’s social and private characteristics could lead to lower income and a lower probability of financial growth.

Poor health, discrimination and market failures are other examples of unavoidable inequalities that may contribute to poverty.

Other theories claim that since poor people are often excluded from the social circles of the rich, they are also excluded from certain opportunities.

Networking, or forming strategic relationships to gain entry to certain markets, is critical to financial success in a majority of career fields. Since the poor are unable to network with the rich, they are effectively barred from certain lucrative jobs, thus perpetuating poverty.

More modern strands of economics believe that poverty can be linked to failings of the government. If a country’s government fails to react to a significant decline in economic growth through financial or monetary policies, or if it does not adequately fund areas such as education, then the country’s population will suffer unemployment and a lack of financial mobility.

What Should We Do?

The natures of economics and poverty makes it difficult to address inefficiencies directly and successfully. For example, evidence has shown that raising minimum wages and enforcing caps on prices may actually hurt the poor. However, there are some things that governments can do to reduce poverty rates in their countries by using the relationship between economics and poverty.

One of the best things a government can do is focus on economic growth. A country’s GDP is linked to unemployment in a relationship defined by Okun’s Law, which states that an increase in a country’s output will inevitably cause unemployment to decrease. By pursuing policy that strives for growth, a government can create jobs for its citizens.

Shocks to GDP tend to have a disproportionately negative effect on the poor. For example, children from poor families in Latin America and Africa often drop out of school to help at home during economic crises. To counter this, governments can enact policies to curb inflation and promote stability.

Governments can also focus on creating opportunities for poor citizens to build their human capital through education, work training, loans and grants. These chances at building mastery in employable skills and traits allows poorer people to compete in the job market and ultimately equalize income across the population.

The availability of information, which economists largely consider a public good, is also incredibly important. Many people are unable to access programs of job opportunities simply because they are unaware.

Unfortunately, not all governments have the means to accomplish these things and may require aid from foreign powers.

Will There Always Be Poverty?

There are two types of poverty in the world: relative and absolute.

People who are relatively poor make a certain percentage of the average per capita income and in many countries have adequate funds.

Those who are in absolute or extreme poverty live on less than $1.90 a day. These people do not have enough income to live comfortably and therefore suffer from poor health and living conditions.

In the year 2000, the members of the United Nations set a goal to halve the absolute poverty rate by 2015. By 2010, the ratio of people living in extreme poverty was reduced from 43 percent to 21 percent.

This astounding success has caused many economists to believe that it is indeed possible to erase extreme poverty completely through continued growth and creative social and economic programs.