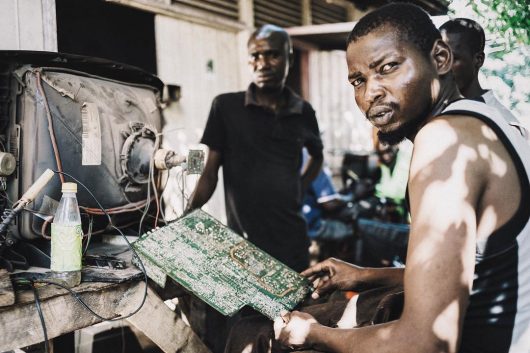 Kiva, a micro-finance organization, makes small loans to individuals or groups in developing countries looking to build small businesses or fund other projects.

This type of financing allows the borrowers to potentially repay the lenders when a project has been successful, re-purposing the charity money to another group in need. Financiers believe that this type of lending supports economic and entrepreneurial growth unlike traditional charity.

By lending instead of giving, Kiva enables borrowers to engender societal change by providing them the start they need to create a profit. Seema Patel, a user of Kiva, shares what she has learned from the company: “Give a person a fish, you have fed her for today; teach her how to fish, you have fed her for a lifetime.” This effectively expresses the repayment feature Kiva employs.

Kiva has been the most successful organization in the micro-financing field. It works as an intermediary, posting ads from individuals or groups seeking loans and creating profiles that contain general personal information, a description of the loan needed, and a photo of the potential borrower.

Lenders are able to fund from $25 to $5,000 and the borrowers are only responsible for making their prescheduled payments once the loan has been fully funded. The average loan from Kiva based on their past 289,329 loans is approximately $694.

Data show that lenders are more likely to fund projects that they believe will have a greater impact on alleviating poverty. Loans to men and to projects that request higher costs are often funded slower than loans to large groups of women.

This may be because lenders are looking to alleviate the poverty of groups or individuals who may be lacking a regular source of capital. In addition, loans that are financing education and health have the fastest rates of funding.

Although lenders fund loans with the knowledge that they might not be repaid, the default rate of repayment is only 0.7 percent. Loans to larger groups have higher repayment rates which make them more likely to be funded. The high repayment rate suggests that the loans are successful in spurring potential businesses and other projects.