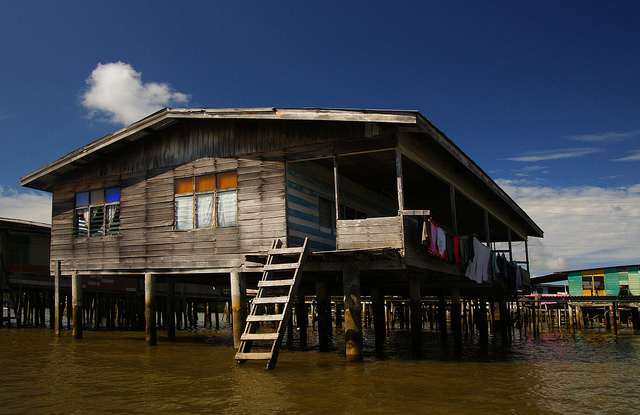 Brunei Darussalam, better known as Brunei, is an absolute monarchy-based country located in Southeastern Asia, around the coast of Borneo and bordering Malaysia. The country is mostly known by its high economy levels, based on the exportation of oil and natural gas.

It is one of the nations with the most influence around the world, due to its economy and exportation materials, leading Brunei to be an extremely rich land. Brunei is led by Sultan Haji Hassanal Bolkiah, which has brought an extreme version of government to the country. With the imposition of sharia law, the Sultan’s political views and ways to rule Brunei have been widely criticized across the world. Sultan Hassanal Bolkiah marked 50 years of ruling Brunei this past Oct. 5, 2017.

Regardless, the Sultan’s criticized way of governing the country has not had any major negative impacts on the schooling system and education in Brunei. In fact, Brunei’s education has been positively affected within the past decade, when the country joined UNESCO in 2005.

Education in Brunei took a turning point when it was included as a part of a worldwide-known organization called Education For All (EFA). EFA is an initiative geared towards expanding early childhood education, increasing adult literacy and promoting learning skills for both young people and adults.

Based on the British education system, Brunei divides its education into three levels. The first one, the pre-primary level, is meant to teach children from age three to five. Pre-primary schooling follows the EFA initiative of introducing education as early as possible. The primary level follows the pre-primary level. This second education stage is six years long and introduces the national language of Malay as well as English. As a final level, secondary school is focused on preparing students for a college-like education. It can also be considered a pre-university level.

Brunei has a particular education system that seems to please the country’s citizens. The fact is that not only is schooling organized and something everyone can afford, but there are different options for students who might want to study not-so-traditional career paths.

Vocational education is a special schooling system which includes technical and craft colleges; agriculture, nursing, teaching and more are taught in this level of education.

Education in Brunei can also be classified within two categories: the first one being nongovernmental schools, or private schools and the second one being government-based school, or public schools.

Brunei has an exemplary education system. Different options, education levels, and a wide range of universities, technical colleges, institutes and more provide different choices for Brunei’s citizens. Organizations such as EFA are working tirelessly in order to have a positive impact on education in Brunei so that it may improve in the future.

Girls Not Brides: Ending Child Marriage in Afghanistan9 Facts About Education in Taiwan
Scroll to top