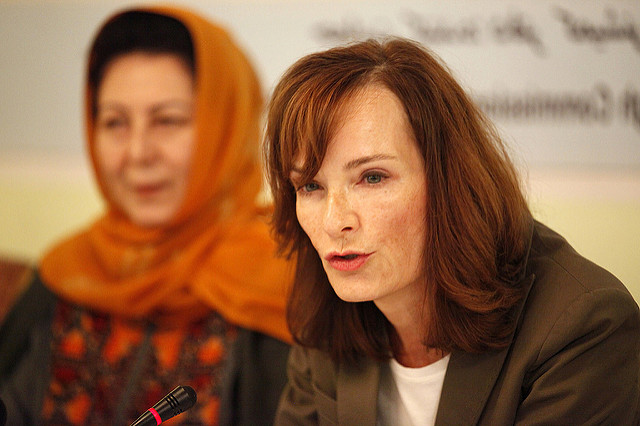 Afghanistan is often ranked as the world’s most dangerous country for women. Young girls are so often robbed of their childhoods by means of widespread violations of their human rights. Poverty, limited access to education and healthcare, little if any support for victims of domestic violence, high birth rates and draconian traditions regarding the role of women leave girls highly vulnerable to abuse.

Though the legal age of marriage is 16 years for women and 18 years for men, as outlined by the Afghan Civil Code, 33 percent of girls are married by the age of 18, the internationally recommended standard legal age for marriage. These marriages essentially treat girls as property in order to strengthen ties between rival families and tribes or to settle debts and disputes. Poor families often sell their daughters for large sums of money to wealthy families and much older men.

Girls who marry in childhood have little power in their household, a greater likelihood of dropping out of school and being illiterate, lower labor force participation and earnings and less control over household assets. Thus, girls’ potential for societal contribution in Afghanistan is immediately stunted by being forced into child marriage.

Child brides, as well as their children, will likely experience a lower standard of health. Adolescent mothers also have a significantly higher risk of maternal mortality and morbidity than women just a few years older than them. These deficits, which affect not only the individuals involved in child marriages in Afghanistan but also the entire country, have not gone unnoticed.

Girls Not Brides is a global partnership committed to helping girls fulfill their potentials by putting an end to child marriage. By emphasizing accountability on behalf of governments and other participants to uphold, respect and protect the rights of girls, the organization pressures countries like Afghanistan to address the issue of child marriage.

In April 2017, the Afghan government showed its support for ending child marriage in Afghanistan by launching a National Action Plan to Eliminate Early and Child Marriage. The Ministry of Women’s Affairs and the Ministry of Information and Culture, with support from UNFPA Afghanistan, the Canadian government and a range of other activists, worked together to develop the declaration. This plan highlights two techniques: initiatives designed to prevent early and childhood marriages and improving laws and services in support of people at risk of early and child marriage.

However, orchestrating a National Action Plan is just the beginning; the plan must be implemented in order to make a difference. Organizations such as Girls Not Brides pledge to ensure that governments take action to protect their girls from underage and unlawful marriage. Initiatives with the goal of putting an end to child marriage in Afghanistan will only succeed with the support of such associations.