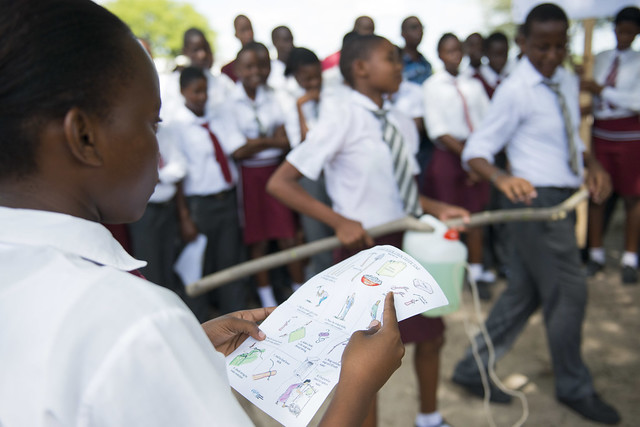 Botswana, one of Africa’s most stable countries, is the continent’s longest continuous multi-party democracy. The country is relatively free of corruption, has a good human rights record and is the world’s largest producer of diamonds. Trade has transformed it into a middle-income nation. In addition, education in Botswana has developed rapidly after the country became independent on September 30, 1966.

Although the Ministry of Education in Botswana spends around 30% of public spending on vocational and academic learning, education is only free from the age of 6 to 13.

Despite the criticism, the Botswanan government has continuously attempted to improve the educational system. Education is the top priority in the national budget. As it relates to primary education, the government aims to make sure that children are literate in both Setswana and English. The primary education curriculum also includes mathematics, science and social science.

Botswana’s “ten-year school programme,” adopted from the idea of Patrick van Rensburg, a South African educationalist, includes both primary and junior secondary levels, focuses on teaching children vocational and practical skills. Primary education is fully funded by the government, and most of the cost of secondary education is also funded by the state. These continuous attempts of the government to improve the education system in Botswana have led to a high literacy level, as more than 95% of the population between 15 and 24 years old can read and write.

Botswana, as a diamond-rich country, managed to overcome a so-called “resource curse”: the notion that countries with abundant natural resources do not perform as well economically as those without. It was one of the fastest-growing economies, with an average growth rate of nine percent per year, between gaining independence in 1966 and 1980. This was mainly due to its successful education reforms.

According to a recent statement, the government of Botswana is looking to diversify away from diamonds, because the precious mineral, like all-natural resources, is not going to last forever. The government is also looking for other ways to increase employment for the youth population.

According to Botswana’s education policy documents over the last 4 decades, the ideal system for education in Botswana promotes four principles: democracy, development, self-reliance and unity. One of the main objectives of the national education is “to attain competence in progress of education.”

Although Botswana still has to make sure that education becomes more compulsory, even for education level above primary, the country continues to make progress for future generations.