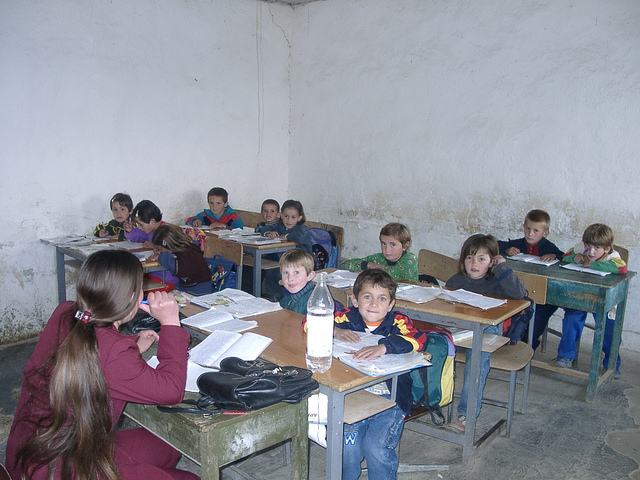 Albania is a small nation in the Balkan peninsula on Greece’s northwest border. The majority of Albanian people are Muslim, which is an echo of Ottoman rule in the past. Albania became a Stalinist state under the rule of Enver Hoxha after World War II. In 1992, 42 years of communist rule was brought to an end through elections.

According to UNESCO, education in Albania has undergone various changes in order to bring the curriculum up to date, make mandatory education more accessible and fit national objectives within European and international guidelines since its transition to democracy.

Compared to other countries, there is less spent on education in Albania, according to the Albanian Coalition for Child Education. The nation set aside 3.5 percent of its GDP for education in 1999 and only 2.7 percent in 2013, which puts it almost 2 percent lower than the average in Eastern Europe.

Over the last 10 years, education in Albania has made considerable progress. The nation adopted The Law on Inclusive Education in 2012, which guarantees the right to an education to disabled children. It also guarantees them access to specialized personnel who are trained to cater to their needs.

Although this is a step in the right direction, there are still issues that need to be addressed regarding education in Albania. Over 50 percent of Roma children between 6 and 16 have never been in school and more than 40 percent between the ages of 15 and 16 are considered illiterate.

Education in Albania has made significant progress, but there still remains extensive ground to be covered. The government of Albania is taking the necessary steps to ensure that its system is up to global standards.