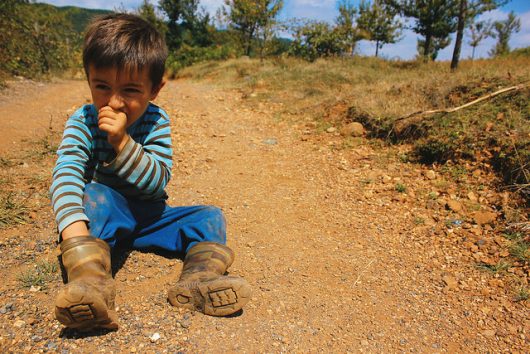 Albania, located on the Mediterranean Sea across from southern Italy, is one of the poorest countries in Europe. Why is Albania poor, though? It is important to discuss not only the causes of poverty in Albania, but also the standards for poverty in Albania.

After World War II, Albania became a communist state under Stalin’s regime, but was not part of the Soviet Union. In 1989, communist rule in Europe collapsed and in 1990, independent political parties in Albania formed. By 1992, the Democratic Party won elections, officially ending communist rule in Albania after 47 years.

Why is Albania poor? The country’s transition from a communist regime to a free market in a democratic republic has disrupted economic growth and has caused high levels of poverty. Most of the poverty in Albania is considered deep, whereby incomes are below minimally acceptable standards, people struggle to meet basic needs such as food, clothing and heating. Albanians face poor public services and inaccessible social services. Many citizens who do not face poverty in terms of income still are threatened by it.

The majority of rural families live in the mountains and the uplands. The main determinants of rural poverty are farm size, livestock holding and off-farm income. About 25 percent of the rural population lives on a farm that is too small to provide a sufficient level of subsistence.

Urban poverty has different characteristics than rural poverty. Urban poverty in Albania is concerned with the education level and the employment status of the head of the household, the number of children in a household and the number of dependent generations in a household (if there are grandparents or grandchildren). As more Albanians migrate out of rural areas into urban areas, poverty starts to become concentrated in more rural, mountainous areas.

Albania has made recent strides in poverty reduction. The country’s main production resources — agriculture and construction — have been privatized. The reduction of state involvement is especially important in agriculture, which is now mostly privately owned. Additionally, the liberalization of prices, trade and foreign exchange has helped the economy grow. The World Bank classified Albania as an upper middle-income country as of 2010. The percent of Albanians below the poverty line has decreased dramatically, from 25.4 percent of citizens in 2002 to 14.3 percent in 2012.

In 2009, Albania applied to join the European Union and was confirmed as a candidate in 2014. Albania is not expected to join the EU until 2020, however, as the EU has urged Albania to tackle corruption and organized crime, especially relating to trafficking of humans and drugs.

Though Albania has historically ranked as the poorest country in Europe, poverty in Albania is slowly starting to decrease. Albania’s transition from a post-Cold War economy into a viable EU candidate proves that this country has the potential to transition out of extreme poverty, and may no longer need to provide an answer to the question, “Why is Albania poor?”

Water Quality in Slovakia: A Hot and Cold Issue How Climate Change in Thailand Is Impacting Development
Scroll to top