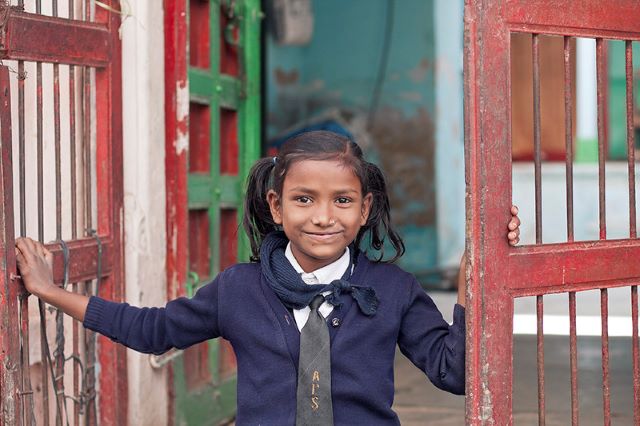 Over 100,000 schools and just as many teachers deliver education in even the most traditionally unreachable, rural parts of India because of one foundation. Ekal Vidyalaya, a nonprofit originally inspired by social research and activism, recognizes the paramount goal of establishing educational access for every child in rural India and approaches it directly. Inspired and built in the 1980s, Ekal Vidyalaya conducts multinational fundraising, transforms nontraditional school models into working solutions and impacts the lives of nearly 2.8 million students through its efforts. Bringing education and Indian children without teachers and schools together is a fundamental pillar of the Ekal mission, which transcends borders in an impassioned quest to substantively create change.

Ekal Vidyalaya’s mission is to raise up schools and rural communities with “basic education, digital literacy, skill development, health awareness and rural entrepreneurship” in unison with farming maximization efforts that are taught. These wide-ranging, self-identified aspects of the organization’s mission reflect some of the initial issues that Ekal Vidyalaya, even before it was known as such, identified. Dr. Rakesh Kumar Popli and Dr. Rajneesh Arora, among others who were analytically evaluating regions in India in order to determine areas of concern, partnered with other leading scientists and activists of the time in order to raise awareness towards educational discrepancies and other health and social issues. Over time, education and Indian children became focal points of an effort that became known as Ekal Vidyalaya and refining steps brought the ancillary and primary systems of aid into reality.

In order to make progress on its significant goals, Ekal Vidyalaya relies on donations, volunteerism and community outreach. The name itself is a direct reference to the impact structure: one-teacher schools are essentially called Ekal Vidyalayas and they are the way that the nonprofit integrates itself into towns and villages in order to raise literacy and improve conditions. Once the school is established and working well, the organization then adds health services and skill development to bring economic opportunities for the villagers.

Adapting to the COVID-19 pandemic is a continuous battle for the organization, particularly for its grassroots-based donation effort. Despite this, Ekal has been able to leverage its structure to transition training centers into mask making centers and provide over a reported 2.3 million people with food supplies using volunteers and other community organizations. Early October saw a global Ekal conference wholly online, where goals for the next five years were outlined. Various elements of the organization, from youth divisions to board members, committed to increasing not only education efforts but practical village-to-village communication and economic growth. Bringing together education and Indian children remains a core pillar of the estimated budget, and technological revolutions in the forms of roaming mobile centers and tablets prove Ekal’s commitment to continued adaptability. As challenges present themselves, Ekal Vidyalaya strives to preserve its mission and still improve upon it, which will be a necessary factor for change in the years still to come.