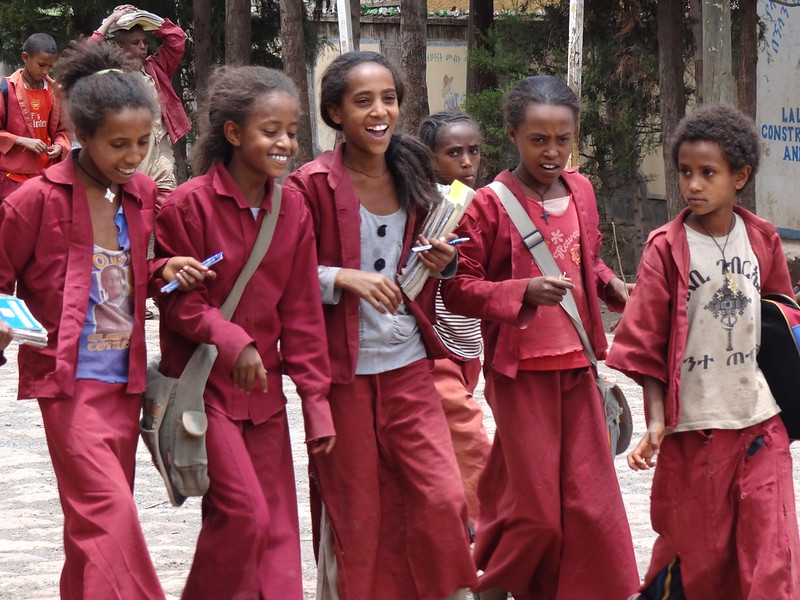 Ruled by kings until 1974, the Ethiopian Federal Democratic Republic now remains in the relatively early stages of development. With a total population of 99.4 million, Ethiopia has the second largest population in Sub-Saharan Africa.  However, it is one of the poorest countries in the world.

Fortunately, Ethiopia is also one of the world’s fastest-growing economies, and education and development in Ethiopia have become a legislative priority. Between 2005 and 2011, Ethiopian economic growth averaged to 11 percent, and although the country is still heavily reliant on agriculture, it has been working toward the lofty goal of becoming a lower-middle-income economy by 2025.

With an emphasis on education and development in Ethiopia, the country has seen impressive results.  As a result, universal education has become close to reality in the country. In 1990, Ethiopian university enrollment had peaked 10,000 students.  By 2015 enrollment skyrocketed to 360,000 students.

Training in technical and vocational careers has also significantly increased. From 1999 to 2014 the number of students in these fields rose from 5,264 to 271,389. The emphasis in these areas hopes that workers will be well suited for the growing construction and manufacturing sectors.

Despite skyrocketing employment, there remains a disconnect between schools and skills demanded in the market.  Even though the number of educational institutions has increased, the quality had decreased. Many students have since graduated with skills are unfit for the available jobs. This issue has led to some unemployment in the newly educated youth workforce.

Despite such economic pressures, overall unemployment has decreased. According to the World Bank Group, a major contributor of Ethiopia’s annual foreign aid, the country has been taking all the right steps forward. By decentralizing resources to regional governments, focusing on infrastructure and reorienting expenditures the country has seen enormous growth.

Today, Ethiopia requires continued aid to accelerate job creation and vastly decrease poverty in the country. This continued support will allow education and development in Ethiopia to continue to thrive.

EU and UNICEF: New Hope in Education for Syrian Refugees in Turkey Common Diseases in South Sudan
Scroll to top