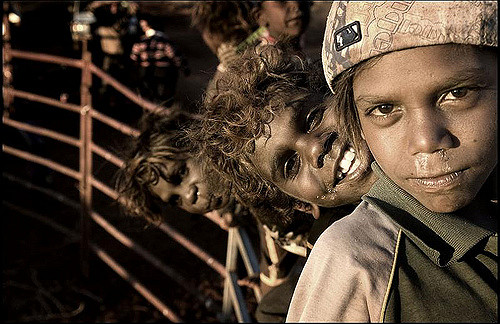 Almost 30 years ago, Australia ratified the United Nations Convention on the Rights of the Child. This convention included the right for children to have “a standard of living adequate for the child’s physical, mental, spiritual, moral and social development.”

Australia agreed that every child deserves equal rights. In addition, the government would give more attention to the most disadvantaged and marginalized children.

However, the report confirms that discrimination is persistent for most children growing up in poverty in Australia.

Despite two decades of economic growth, Australia still has over 600,000 children living in poverty. This totals at 18 percent. The statistics show Aboriginal and Torres Strait Islander people make up 2.5 percent of Australia’s population. However, they also make up 25 percent of the homeless population.

Additionally, school retention rates among Aboriginal and Torres Strait Islander students are considerably lower than non-indigenous students. Nearly 80 percent of homeless children have a mental disability, and 61 percent have a physical disability.

Children with disabilities are three to four times more likely to experience sexual abuse than children without disabilities. Many of these children do not have the language or ability to communicate their abuse.

The Taskforce calls on the Australian government to set a national policy agenda for children to ensure that all children growing up in Australia have a decent quality of life.

Judge Alastair Nicholson, the Chair of Children’s Rights International, is hopeful that the report will encourage actions to reduce the number of Australian children trapped in poverty.