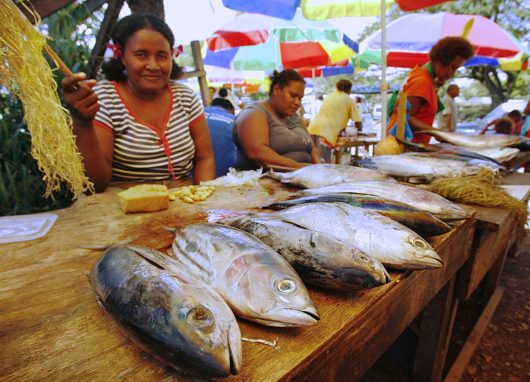 There is great potential for economic growth in the Solomon Islands and Vanuatu according to a thorough analysis from the islands’ new representative. The representative, Guido Rurangwa, is overseeing nine different projects across the two countries that will be equal to $164.47 million or more as time goes on and relationships deepen.

The projects in both countries will cover a variety of issues such as youth employment and training, renewable energy, disaster resilience, climate and more. An example of this is the Infrastructure Reconstruction and Improvement Project in Vanuatu. The project, which was approved on June 17, 2016 and will last until April 30, 2022, aims to reconstruct and improve certain areas of Vanuatu hit especially hard by Cyclone Pam. This assistance will provide immediate responses to emergencies.

A key project in the Solomon Islands is the Rural Development Program II, which has been in place since Nov. 21, 2014. This project’s goal is to improve basic infrastructure to rural areas in an attempt to establish links between small-scale farmers and markets. The project will also help rebuild production quality after flash floods that hurt numerous farms in April 2014. The project will close on Feb. 28, 2020.

Rurangwa’s analysis is extremely trusted because of his long history with the World Bank and years of experience in the field. Rurangwa joined the World Bank in May 2001 as an economist in the Macroeconomic and Fiscal Department. Since then, he has advanced to numerous other ranks and positions, such as senior economist for Rwanda, his home nation, and senior country economist for Egypt.

This new information proves to be good news for the Solomon Islands based on the history of their economy. A majority of the population of the Solomon Islands live in small, rural villages, engaging in agriculture to sustain themselves and cash economy. The country’s economy almost collapsed in 2000, when the country suffered from a coup due to civil unrest. Even a large number of secondary schools provide agricultural training to students.

Vanuatu’s economy shares similar characteristics with the Solomon Islands’ economy. Also based mostly on subsistence farming, Vanuatu’s main exports include kava, cocoa and more, which are traded with many European nations and countries like Australia and New Zealand. The country does boast a bit more success than the Solomon Islands with tourism and offshore financial services.