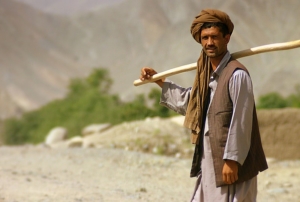 U.S. Secretary of State, Anthony Blinken, announced that the U.S. would provide $55 million in aid after a fatal 5.9 magnitude earthquake in Afghanistan on June 21, 2022. The disaster destroyed more than 10,000 houses and killed more than 1,000 people, making it the deadliest earthquake to hit Afghanistan in two decades. The earthquake poses a challenge for the Taliban, who have since asked the international community for aid.

The United States Agency for International Development (USAID) announced on June 28, 2022, that it will allocate $55 million in aid for emergency relief resources such as shelter, food, water, clothing and hygiene products in Afghanistan. A portion of the aid will go toward sanitation measures to limit the spread of waterborne diseases. Funds will go directly to partner civil societies and nonprofit organizations operating in the region as the U.S. does not have official diplomatic or humanitarian ties with the ruling Taliban.

The devastating earthquake exacerbates the economic and humanitarian crises that have pummeled Afghanistan since the Taliban first rose to power in August of 2021. Afghani citizens already face food insecurity, with national hunger rising from 14 million in July 2021 to 23 million in March 2022.

With more than half of the population facing food insecurity, international assistance narrowly managed to avoid full-scale famine in the country in the winter of 2022. Poverty rates in the country are estimated to stand at almost 97% as of 2022 due to prolonged drought and instability caused by recent political upheaval and the lingering effects of the COVID-19 pandemic.

On June 25, 2022, the United Nations initiated an emergency appeal for $110 million in aid to help the provinces most affected by the disaster. The U.N. will disseminate the funds in the next three months in order to help 360,000 Afghanistan citizens. This emergency appeal is integral to the U.N.’s Humanitarian Response for Afghanistan, which calls for a total of $4.4 billion in emergency aid.

Unfortunately, the Taliban’s strict control over the country complicates all international humanitarian efforts. In late March 2022, the Taliban’s Prime Minister Mullah Hassan Akhund announced to all foreign aid agencies in Afghanistan that all humanitarian projects must be done in close coordination with Kabul’s authorities. This announcement came a week after the governor of the province of Ghor, Ghulam Naser Khaze, attempted to exert total control over several local NGOs.

Governor Khaze insisted that the NGOs turn over their funds and only adopt projects chosen by the local government. Prime Minister Mullah’s directives and Governor Khaze’s actions in Ghor represent a policy framework known as the “Monitoring and Control Plan of NGOs.” Kabul’s Taliban government formulated this plan in the fall of 2021 to consolidate all NGO activities under the Taliban’s authority.

Sanctions and other measures aim to prevent the Taliban from fully implementing its NGO-control framework. As a result, international financial systems are especially diligent, making it difficult for humanitarian groups to access the funds efficiently. The Taliban continues to actively insert itself between nonprofit organizations and the aid they seek to provide via various formal and informal decrees, further frustrating the fund distribution process.

As a result of international sanctions on the Taliban, online fundraising sites cannot be transferred to Afghanistan banks. The best way to help those affected by the earthquake is to donate directly to NGOs in the region. Below is a list of NGOs helping those struggling in Afghanistan.

The international community is rushing to help those affected by the crisis. Still, everyone can help in their own small way. Be sure to remain an active and informed global citizen by vocalizing the importance of foreign aid funds to local government representatives. Through the efforts of nations, NGOs and ordinary citizens, Afghanistan can look to a brighter tomorrow.