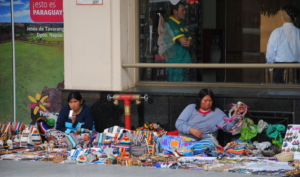 With a national poverty rate of about 24% in 2018, according to World Bank data, increasing foreign aid to Paraguay is vital. Paraguay, a landlocked nation home to 7.13 million people in the heart of South America, has made significant strides to combat poverty, but not without help. Foreign aid is a staple in the country’s infrastructure development, humanitarian assistance and social welfare programs, all of which help to reduce poverty in Paraguay.

7 Facts About Foreign Aid to Paraguay

Eradicating global poverty is a group effort. As it stands, 8.6% of the world lives in extreme poverty and foreign aid works as a critical tool in the fight to end poverty. Through global action, poverty in Paraguay can diminish.