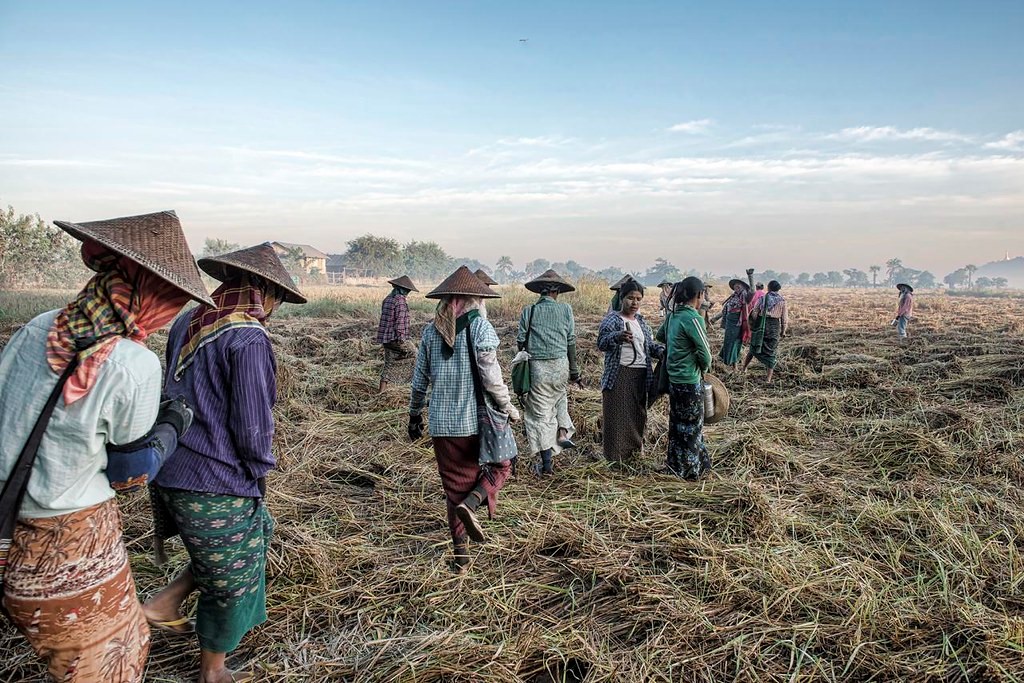 The drug trade in Myanmar is a critical contributing factor to poverty in the country. However, the relationship between the drug trade and poverty in Myanmar is very nuanced and complex. Factors such as decades of civil war, the military coup and foreign economic sanctions create complications in addressing the relationship between poverty and narcotics.

The Drug Trade in Myanmar

The drug trade in Myanmar is both a large-scale and persistent problem. Myanmar is central to the narcotics trade throughout Southeast Asia. In fact, Myanmar is one of the largest producers of synthetic drugs in the world. Along with ongoing conflicts, the drug trade is an issue that the country has grappled with for decades.

The lack of development and economic opportunity within the nation is an essential contributing factor to the scale of the drug trade in Myanmar. The United Nations Office on Drugs and Crime (UNODC) recognizes that lack of rural development means few viable economic alternatives for impoverished rural communities other than engaging in the drug trade.

UNODC recognizes that creating jobs and other industries in rural areas stands as a potential solution for mitigating the drug trade. By providing alternative forms of income to Myanmar’s rural impoverished, it would be less necessary for people to rely upon drug production for income.

In an interview with The Borgen Project, the director of Counter-Narcotics Interdiction Partnerships at Rigaku Analytical Devices and former U.S. Drug Enforcement Administration (DEA) attaché to the Myanmar government from 2017 to 2019, Michael Brown, discussed the relationship between narcotics and poverty. Brown noted that the lack of economic development and the prevalence of the drug trade in Myanmar are two of the central pillars of instability and poverty in the country.

Conflict, Coup and the Drug Trade

In addition, much of the country’s most productive regions for drugs are directly under the control of various armed groups. Armed groups view poppy fields and synthetic drug laboratories as a vital economic resource. Brown also told The Borgen Project that some of these armed groups have essentially abandoned their initial political motivations for fighting the government of Myanmar. Instead, the groups have shifted their focus to operating as criminal organizations that focus on drug production and distribution activities.

The coup that occurred in February 2021 has also created complications in addressing poverty and the drug trade in Myanmar. Political instability from the most recent coup significantly compromises the ability of the nation to combat the issue of the drug trade. Additionally, much of the international community has levied sanctions on Myanmar, creating economic upheavals that the U.N. predicts will drive more people into the drug trade to make ends meet. Brown also noted that the military could no longer focus on combating the drug trade as its first priority is maintaining the military government’s rule.

Poverty and the Impact of COVID-19

The pandemic also heavily impacts the relationship between poverty and the drug trade in Myanmar. Much like the economic sanctions stemming from the coup, the pandemic has created economic upheavals that could make the drug trade more appealing to those seeking to make ends meet. Since the onset of the pandemic, more than 80% of families have reported a loss of income. Rising food and fuel prices also undermine food security.

Brown explains that the coup and the following economic sanctions against Myanmar make it more difficult for the international community to help the nation combat poverty or the drug trade. Despite this, he discusses that the U.S. DEA, U.S. companies such as Rigaku and law enforcement in Myanmar have worked together successfully in the past to combat the drug trade in Myanmar. For example, several years ago, Operation Viper successfully curtailed the flow of precursor chemicals into the country essential to synthetic drug production.

To address the effects of worsening rates of poverty in the country due to the impacts of both COVID-19 and the military coup, the Myanmar Red Cross stepped in to provide emergency humanitarian assistance. The organization mobilized its volunteers to provide “lifesaving first aid, health care and ambulance services” to citizens amid political unrest. According to the Red Cross website, “since February [2021], 2,000 volunteers have provided first aid services to more than 3,000 people.” The Myanmar Red Cross is also supporting people with both food and cash assistance.

Mercy Corps recognizes that strengthening economic prospects for impoverished citizens helps to both keep them out of the drug trade and raise them out of poverty. By increasing the economic prospects of farmers in Myanmar’s rural and conflict-riddled regions — areas that typically form the centers of the drug trade in Myanmar — Mercy Corps has addressed the issue at its roots. Mercy Corps helps farmers “increase productivity and incomes by accessing new technologies, adopting diversified and environmentally-friendly agricultural practices and accessing financial services like loans and insurance.” Mercy Corps also addresses the instability in Myanmar by working to enhance the agency of individuals and communities with programs designed to increase trust, accountability and conflict resolution.

For years, the vibrant drug trade in Myanmar has been a critical component of poverty in the country. Armed groups looked toward narcotics as an economic base. In addition, the lack of economic development in many parts of the country and economic upheavals from the pandemic and foreign economic sanctions make the drug trade a more appealing source of income. Despite efforts to provide direct assistance to the impoverished of Myanmar and to curtail the narcotics industry, much work remains to address the relationship between poverty and the drug trade in Myanmar.