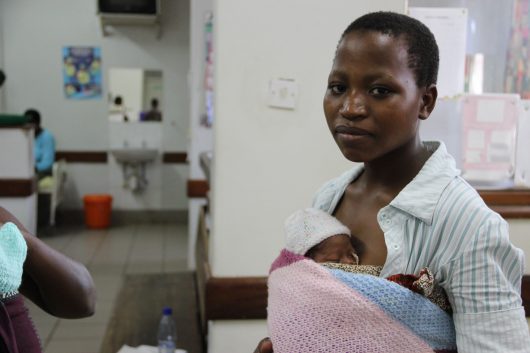 Malawi’s Ministry of Health states that their current overall policies are meant to focus on: “the development of a sound delivery system capable of promoting health, preventing, reducing and curing diseases, protecting life and fostering general well-being and increased productivity.” In recent years, the country has made substantial advancements in the field of medicine in terms of addressing their most pressing health issues, namely the top diseases in Malawi.

Infant and child mortality have been declining, and HIV rates among citizens have begun to level out. Despite having made progress, Malawi continues to be characterized by the burden of high infectious disease rates. The average life expectancy of a person living in Malawi is 57 years for males, and 58 years for females, making it the country with the twentieth lowest life expectancy in the world. However, the five top diseases in Malawi are all either preventable or treatable with basic medical care.

Malawi is making impressive strides in combating their HIV epidemic, specifically in the prevention of mother to child transmission of the disease. However, Malawi’s HIV presence is still one of the highest in the world. It is home to roughly four percent of all people with HIV in Sub-Saharan Africa.

It is estimated that only 61% of all infected adults are on antiretroviral treatment. This epidemic, which killed 48,000 people in 2013 alone, is largely responsible for Malawi’s low life expectancy of 57.5 years.

Lower respiratory problems have topped the charts as a reason for hospital admission in Malawi prior to the HIV and AIDS epidemic. Lower respiratory infections cover everything from pneumonia to bronchitis, and Malawi has seen an increase in these infections particularly in its citizens with the HIV virus.

Pneumonia is the single biggest killer of children in Malawi, prematurely ending the lives of an estimated 1,000 infants in 2010 alone.

Despite progress, malaria continues to be one of the top diseases in Malawi. Malaria is responsible for nearly 40% of hospitalizations in children under the age of 5, 30% of all outpatient visits and is one of the highest causes of mortality in all age groups.

Transmission of the disease occurs mostly from November to April, during Malawi’s rainy season. However, with global support, the Ministry of Health’s National Malaria Control Program in Malawi has been able to distribute treatment more easily throughout the population.

Since efforts were put in place in 2004, the mortality rate for children 5 years and younger has fallen by more than 36%. This is largely due to Malawi introducing the pneumococcal vaccine as part of routine childhood vaccination in November 2011, and the additional rotavirus vaccine in October 2012. Malawi is one of the four countries in the African Region that offers these vaccinations.

Diarrheal disease poses a serious threat, particularly to 5% of the children of Malawi, as it claims nearly 600 lives of Malawian children per year. Support from such initiatives as the World Health Organization (WHO), United Nations Children Emergency Fund (UNICEF) and the GAVI Alliance has given us an opportunity to offer those in Malawi protection from diarrheal diseases.

More lives could be saved through basic interventions, such as improving drinking water, increasing sanitation efforts and distributing a simple solution of oral rehydration salts and zinc supplements during bouts of diarrhea.

Perinatal conditions are any conditions existing in a baby before or immediately after birth. These conditions often stem from preexisting conditions in the mother, and are more easily prevented than treated. Solutions posed for this problem include better sex education for women, easier access to contraceptives — only 41% of Malawian women showed an understanding of preventative measures for sexually transmitted diseases in 2015 — and more accessible treatments for diseases such as HIV and malaria.

Currently, Malawi faces problems in addressing many of their health issues with regard to domestic funding and external stigma against the country. However, Malawi is committed to addressing the challenges of the top diseases in Malawi at the national level with cooperation and innovation in order to have a lasting impact.

The Role of Grandmothers: The Heroes Everyone Overlooks Fleeing Crises: Nine Facts About Venezuelan Refugees
Scroll to top