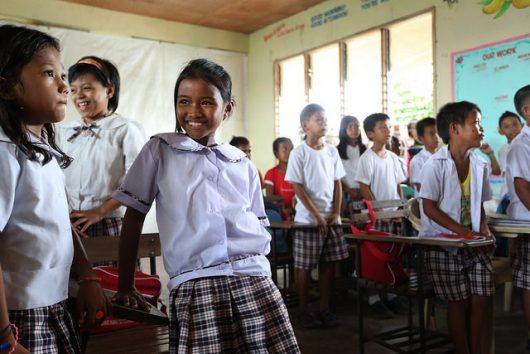 The United Nations International Children’s Emergency Fund (UNICEF) warned that 69 million disadvantaged children under the age of five will die of preventable causes by 2030 unless countries strengthen their anti-poverty efforts.

UNICEF’s annual flagship report, the “State of the World’s Children 2016,” said that based on current trends, 167 million adolescents will live in poverty and 750 million women will have been married as children by 2030.

Despite recent advances in reducing global poverty, the report reflected the increasing risk that the world’s most disadvantaged face and the need for governments and aid organizations to do more to tackle inequality.

Many countries in the West were unwilling to accept millions of refugees and migrants fleeing poverty and conflict, mostly in the Middle East and Africa, around the time the 172-page report was released.

In a foreword to the report, Anthony Lake, the executive director of UNICEF said that inequities are shaping the survival rates of poor children and “perpetuat[ing] intergenerational cycles of disadvantage and inequity that undermine the stability of societies.”

Progress is Progress, but We Need More

The report acknowledged that progress was made to expand development and improve the plight of the world’s poor. Extreme poverty and global under-five mortality rates have been nearly halved since the 1990s and boys and girls attend primary school in equal numbers in 129 countries.

However, the report noted the benefits of anti-poverty efforts have been unequal and limited in many developing areas around the world.

Children born to uneducated mothers are three times more likely to die before the age of five than those born to women with secondary education in sub-Saharan Africa and Southeast Asia. Girls who grow up in extreme poverty are also twice as likely to be married as children than girls from the wealthiest neighborhoods.

Nearly half of the 69 million disadvantaged children projected to perish from preventable causes will reside in sub-Saharan Africa where 247 children live in multidimensional poverty.

The report also found that insufficient access to quality education is still prevalent. Between 2010 and 2013, development assistance for basic education declined by 11%.

The number of children who do not attend school has also increased since 2011 and almost two in five adolescents who do finish primary school have not learned to read, write or do basic arithmetic.

The report recommended an increase in the investment of youth and education in order to guarantee a better future for the world’s children. According to UNICEF, cash transfers have helped children stay in school longer and each additional year of education that a child receives can increase his or her adult earnings by 10%.