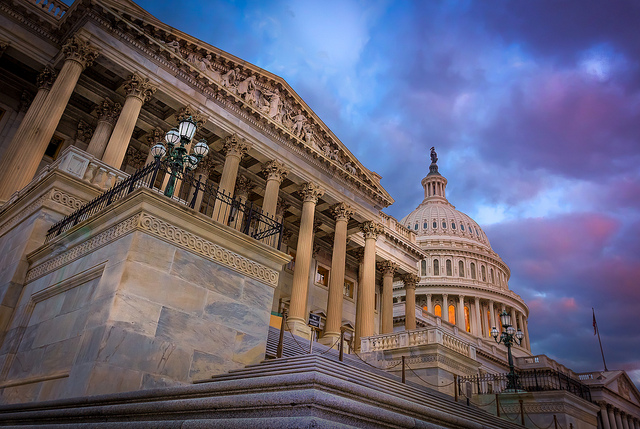 Within the legislature of the federal government, there are two chambers: the House of Representatives and the Senate. Senators and Congressman work within these two lawmaking bodies. Both are representative voices for their constituents, but their roles differ in terms of  length, power and apportionment. Here are some key facts on the differences between Senators and Congressmen.