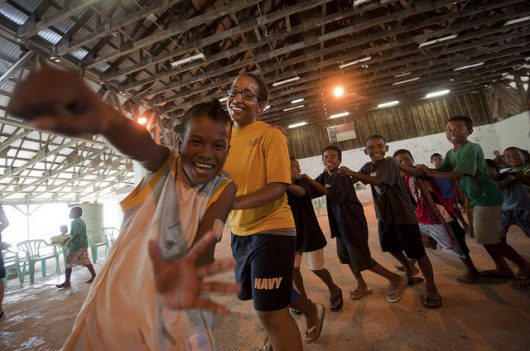 In 2017, diabetes in the Marshall Islands had the highest prevalence worldwide, with nearly one-third of Marshallese adults suffering from the disease. The Marshall Islands is a country consisting of two archipelago island chains in the western Pacific with a population of about 75,000 people, two-thirds of whom live on the atolls of Majuro and Ebeye.

Majuro has become increasingly dependent on imported food due to overpopulation. Domestic production supplies only 10 to 20 percent of all food calories consumed since local foods tend to be more expensive than imported foods and the quantity is insufficient to sustain the whole population. Of the food imported, fruits, vegetables and other healthy perishables are the most expensive.

Perhaps the greatest change to dietary practices required is a change in attitude. When it comes to food purchase and consumption, the Marshallese tend to value quantity and price over quality. However, results from a recent child development study confirming the link between poor nutrition and growth stunting in the Marshall Islands led the government to consider this issue in setting priorities for development programs and interventions. The study identified poor nutrition as the cause of growth stunting in 35 percent of children surveyed.

In the National Strategic Plan 2015 – 2017, the government addressed the need for both increased access to nutritious foods and the implementation of nutrition education programs in Marshallese schools. Also, in November of 2017, President of the Marshall Islands Hilda Heine met with the World Bank to discuss a long-term early childhood health project to improve childhood health status.

“We received a very enthusiastic response from the World Bank,” President Heine said.