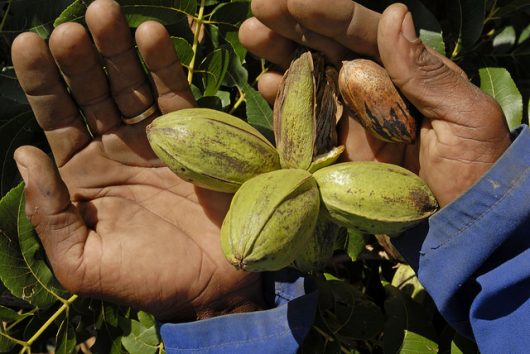 Two out of five Togolese live on less than $1.25 a day and a quarter of all children under the age of five are malnourished. In addition, one-third of the population is in need of clean drinking water. Adopting a democracy in 2012, Togo has expanded its parliament ideals with a focus on developing the country for the betterment of its people. As the country crafts various projects for maturation of the economy and land, one of the main development projects in Togo is farm development. But why?

Why Agriculture is Important to Togo

Agriculture is the cornerstone of Togolese economy. Developing agriculture is critical in the fight against poverty and food security since about eighty percent of the people live off farming.

In 2015, 55 percent of households were below the poverty line, mostly those in rural communities. Due to the high rate of rural poverty, the World Bank and the Global Agriculture and Food and Security Program (GAFSP) invested in Agriculture Sector Support Project (PASA) to help almost 14,000 smallholder farmers and 3,300 livestock farmers enhance their livelihoods and provide a better future for themselves and families. The GAFSP was established in 2010 as a multi-donor trust fund to improve food security in the world’s poorest countries.

Since 2014, the German Federal Ministry for Economic Cooperation and Development started the Green Innovation Centres which focus on enhancing Food and Nutrition Security in Togo.

The objectives of the first project have been to increase the incomes of small farming enterprises, improve the regional food supply in rural target regions and boost employment. For the second project, the objective is making sure members of households at risk of malnutrition, even during a food crisis, have sufficient supplies of healthy food in their possession at all times. With this being part of the development projects in Togo for the next six years, the country could see a significant decrease in their malnutrition rates.

Other Development Projects in Togo

Approved in 2015, the development projects of Togo have focused on mining, university education and public administration. These projects totaled $15.20 million and have a closing date of December 31st, 2020.

Though other development projects in Togo may bring improvement to infrastructure and education, soon many more citizens can sleep with a full belly and retain profits from their farming labor.

Developing Better and More Sustainable Agriculture in Bulgaria Crime and Punishment: Causes of Poverty in Central America
Scroll to top