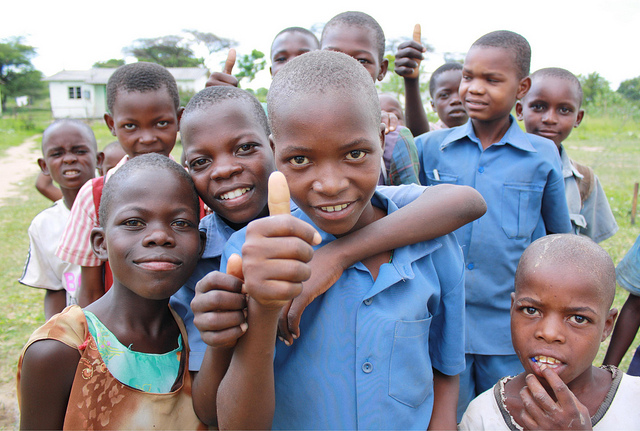 The Gambia is a relatively small country in Western Africa, surrounded by Senegal. It has maintained political stability since independence in 1965. Despite this, the country still faces a multitude of issues which development projects in The Gambia seek to address.

In 2017, former President Jammeh’s 21-year reign came to an end. The citizens elected President Adama Barrow to office with hopes of ushering in a new era for The Gambia. Below are five development projects in the Gambia that are currently being implemented.

With arable land and poor soil quality, food production has been a constant struggle for The Gambia. The Food and Agriculture Sector Development Project focuses on community-based pond fish-farming. It has worked towards assuaging food shortages since 2015.

FASDEP has provided the necessary tools and constructed 45 ponds to date. Each pond is expected to bring a profit of $217. The 200 ponds supported by FASDEP have and will continue to provide income and food security.

The Maternal and Child Nutrition Health Results Project, funded by the World Bank and other donors, has the goal of improving overall nutrition and health of women and children living in The Gambia. Many aspects are included in this project such as improving the health system, improving health service delivery, and promoting reproductive and maternal health through proper nutrition.

The project has also identified 12 practices carried out by both families and communities which they believe will enhance child survival rates. Included in these are basic hygiene and sanitation practices. The project continues to promote healthcare and implement these practices in specific regions of the country.

This project specifically works to aid women and young adults in The Gambia and reduce poverty rates. By implementing sustainable land and water management practices, productivity will increase among this group.

The main goals of NEMA include addressing the proper use of farmland and the development of domestic markets. These goals will be met by enhancing the usage of watershed areas, which are key to many ecosystems and usable for crop production, and by making agriculture profit-oriented, which gives an income to these women and young adults.

This project more deeply focuses on the development of watershed management in The Gambia. The project works specifically in rural areas to not only increase income but also to protect natural resources, of which watersheds are a critical component.

The targets of this project are broader and include anyone who manages or relies on crops for an income. Citizens take the reins in this project and plan and implement the recommended practices independently.

A variety of issues are addressed through the Watershed Management project such as women’s rights, malaria prevention, environmental sustainability and more. In the future, this idea may expand to broader development projects in the Gambia and other potential countries.

The Emergency Development Policy Operation Project has been implemented in the last six months of 2017. In direct response to an economic crisis in The Gambia following a poor agricultural and tourist season, the project works to not only strengthen the country’s financial position but also provide key services to citizens that otherwise may have gone unfunded.

Specifically, the project hopes to mitigate the consequences to the country’s health centers. The $56 million project will continue to provide financial support and will also implement sustainable measures to ensure the financial security of the country going forward.

These five development projects in The Gambia have been vital to the survival of the country and will continue to be as citizens learn to become economically self-sufficient and sustainable. The Gambia has seen many struggles since gaining independence, but with the aid of these projects, the people may truly become independent.

Sightsavers Protects Vision in Developing Countries Awaiting An Oil Boom: The Status of Infrastructure in Guyana
Scroll to top