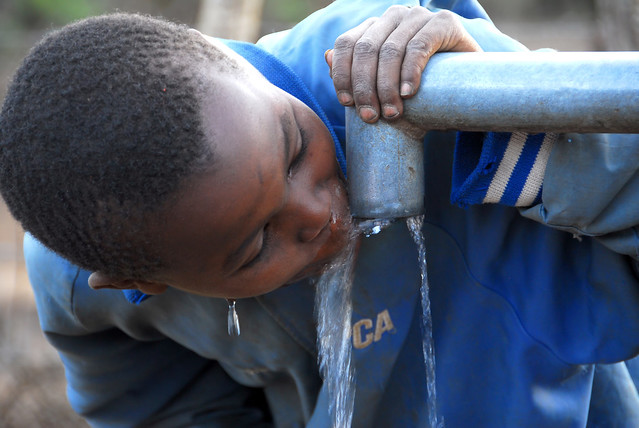 Today, 4.5 billion people around the world don’t have access to adequate sanitation. In fact, 2.1 billion lack access to safe drinking water. The majority of these individuals reside in developing countries. With 96.5 percent of the world’s supply of water being seawater and climate change making rainfall levels more unpredictable than ever, it is crucial to innovate desalination technologies for third-world countries.

Currently, only about 1 percent of the world’s drinking water is generated through desalination processes. Most of the saltwater being treated is brackish water. This is saline waters that are less salty than the ocean and have a salt concentration less than 10,000 mg/L. As of 2015, there were about 18,000 desalination plants worldwide. Over half of these were located in North Africa and the Middle East. The greatest challenge facing the adoption of desalination technologies in developing countries is likely its high cost: three dollars per cubic meter. This is about twice the cost of treating wastewater or rainwater.

Two of the most popular desalination technologies being utilized today are membrane separation and thermal evaporation. Membrane separation involves the process of using a partially permeable composite polyamide membrane that traps salt but allows water to pass through. This process is also known as reverse osmosis. Outside of the Middle East water market, this form of technology has increased in popularity. Through pressurization, the process is able to reverse the transport of the water across the membrane that would otherwise equalize the concentration of the fluids.

On the other hand, technological and business ventures into thermal evaporation have also increased over the past few years. This process is essentially a multi-step process in which saline waters are heated, often through solar power, in a highly compressed environment. This encourages the evaporation of fresh water, which is then captured and harvested

The desalination industry is currently projected to grow by eight percent per year in the Middle East and North Africa regions. The most important objective of desalination technologies today is cost reduction. Luckily, the cost of water desalination is expected to be reduced by up to twenty percent in the next five years. This is being done through technological innovation. Furthermore, it’s expected to be reduced by up to 60 percent in the next 20 years. This makes it more competent in terms of price in comparison to other water treatment methods.

There are no major technologies currently expected from the desalination industry. Incremental, yet important, advancements can still be seen. For instance, the size of the pores in membrane filters has been consistently decreasing for the past decade. This decrease is expected to continue. The amount of energy expended per unit of water is also expected to be lowered over the next few years. Thus, further reducing the price of water desalination.

As the global population continues to grow, the demand for freshwater can only be expected to increase. The only solution to this problem is for the minds of the world to innovate creative ways to meet this demand, one of which is through desalination technologies.