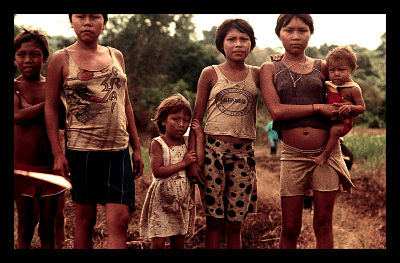 In the vaguest sense of the word, Merriam-Webster will tell you that general poverty is “the state of one who lacks a usual or socially acceptable amount of money or material possessions.” This is just about as much as anyone with a context clue for the word poverty could define it as. But what is it really? What does it mean to live in poverty? There are different types and levels, in a sense, of poverty. Each country tends to have different cut off points that determine whether they are truly impoverished or not. But it is generally accepted that those living in such a way that it is difficult to make ends meet, are impoverished. So what are the different levels?

There are several million people living at or nearby the poverty line just in the United States, but even our poverty line is higher than that of the world’s poorest countries. A person living alone and unmarried is allotted just over $11,000 or less to meet the poverty requirements set by the government. And while survival in our country would be absolutely difficult on this meager income, many people are living on even less. In fact, there are 2.4 billion people living at the poverty line of $2 a day, this comes to less than $3,000 income in an entire year. That is two dollars every day to feed themselves and their families. All that money to have a place to live and water to drink and clothes to wear. Defining poverty means looking at the fact that people are going without the full education or access to good jobs that they so desperately need to pull themselves out of this way of life. People living this way often have to choose one necessity over another in order to make sure that at least some of the needs are met and taking any government assistance when possible, like food stamps and welfare. And it gets even worse than that.

What about extreme poverty? This is recognized as living on less that $1.25 a day as defined by the World bank in 2008 and there are over 1 billion people living in this state. This level is decided by a lack of clean water, housing, food, health care and education. Some of the countries most beset by this issue include Africa, Afghanistan, and Haiti. Most things that other people take for granted, those living in extreme poverty must go without. People living in extreme poverty suffer much higher rates of infant and maternal mortality. 22,000 children around the world die every day in the poorest countries due to unchecked illness and succumbing to malnourishment. In fact 1 billion out of 2.2 billion children in the world are living in poverty conditions such as these. At this point every aspect of survival becomes a struggle. It is not simply a matter of going without health care to ensure that there is enough food in the house. It is instead going without reasonable amounts of anything at all and living a day by day existence.

What about social poverty, or social exclusion? Poverty is not only defined in a monetary fashion. Income poverty is the most commonly looked at, but there is such a thing as social poverty. This is defined as lacking cultural inclusion due to the inability to conform to society’s ideal norms due to a lack of education, skills, money, health care, child care, and a certain type of living condition. This multidimensional measurement of poverty brings all these into consideration to define itself as the inability to participate in the community socially whether on that national, local, or even familial level. While it is much more difficult to measure than what is called absolute poverty, it is still considered to be an important aspect of poverty by many in the world. It is thought that a quality of life should also be applied to standards of living.

All in all, while poverty is defined much in the same way that any word is, it is a constantly adjusting thing as it is an active part of life itself. It fluctuates regularly and changes to meet the times. Hopefully, with the right amount of work and education, it will also become a part of our past as opposed an all too realistic part of our present.

Central African Republic After Rebel TakeoverAngaza – What is it?
Scroll to top