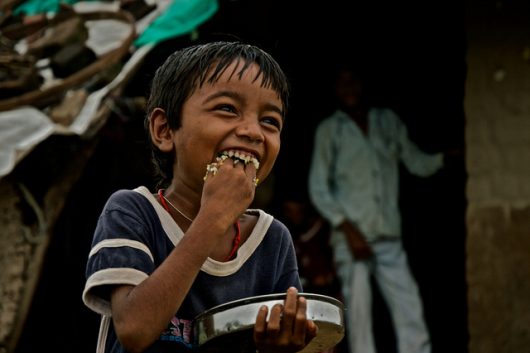 Nearly half of the world’s population lives in poverty. Millions of people die every year from diseases brought on by starvation and dehydration. Many people in impoverished countries lack adequate food security and clean drinking water, which leads to rampaging water and foodborne diseases.

In the past, Bhutan was considered to have some of the worst drinking water in the world. Many disease outbreaks have occurred in the country, such as bacterial diarrhea and typhoid fever, resulting in high mortality rates. However, in the last decade, the Bhutanese have made substantial efforts to improve their water supply. As of 2015, 100 percent of Bhutan’s people had access to improved drinking water sources. This has grown life expectancy in the country from 64.1 years in 2005 to 69.8 years in 2015.

The human body needs to take in a certain amount of vitamins and nutrients daily to sustain itself. In many impoverished countries, food security is nearly nonexistent. Also, many people in these areas suffer from a lack of resources, a lack of stable income and a lack of product.

Malnutrition can lead to a variety of diseases, including scurvy, rickets and pellagra. In many poverty-stricken countries, such as India, malnutrition is responsible for more than 15 percent of the disease burden. Since India has such a high poverty rate, many people do not have the funds or resources needed for quality nutrition.

This leads to a decrease in strength and a deficient immune system. India has been victim to many disease outbreaks over the years, most recently with the Zika virus in 2017. Malnutrition in India is most commonly seen in children under the age of five.

Over the last decade, India has steadily been getting richer, through poverty is still prevalent. With a decrease in the difference between classes and a more stable economy, India will be able to attain sustainable agriculture. This will increase food security in the country and decrease malnutrition. With stronger, healthier people, many countries can start decreasing global poverty.

By decreasing poverty in heavily stricken areas, living conditions will improve. People will be able to better financially support themselves and afford proper food, which will decrease malnutrition.