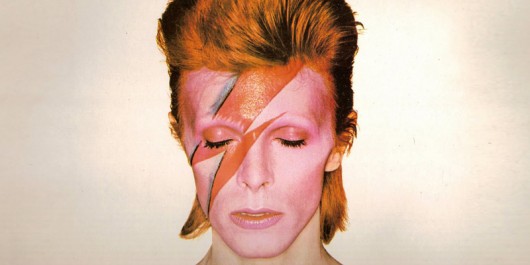 According to Look to the Stars, David Bowie took part in many charity activities, including 21st Century Leaders/Whatever It Takes, Every Mother Counts, Keep a Child Alive, Save the Children, the Lunchbox Fund and War Child.

According to their website, 21st Century Leaders is a nonprofit foundation with the mission of influencing well-known people “to raise awareness and funds for international development causes, thereby leading the way in promoting positive environmental and sustainable human development solutions.” David Bowie was one of their leaders.

Whatever It Takes is a project through which artists donate artwork or sign products to raise money to fund global development causes, including environmental protection, the alleviation of poverty and the provision of child services. Bowie designed a plate for Whatever It Takes.

Every Mother Counts is devoted to making pregnancy and birth safe for every woman. Bowie donated a song to their cause, which raises money to help maternal and childcare programs all over the world.

Bowie also performed songs for Keep a Child Alive, a nonprofit organization with the mission “to realize the end of AIDS for children and families, by combating the physical, social and economic impacts of HIV,” according to its website. The organization works in South Africa, Kenya, Rwanda, Uganda and India, helping 70,000 people a year.

Bowie also contributed to Save the Children and the Lunchbox Fund. In 2014, Save the Children worked in 120 countries and helped 166 million children. The Lunchbox Fund is a nonprofit organization focusing on “education via nutrition by providing a daily meal for orphaned and at-risk school children in township and rural areas of South Africa,” according to its website. The lunchboxes simply provide a meal to a child who goes to school, offering an incentive to stay in school.

David Bowie donated songs to albums for War Child. War Child is an organization that “works toward a world in which no child’s life is torn apart by war,” as stated on its website. The group has helped almost 100,000 children and adults directly and 500,000 indirectly.

Through these charities alone, David Bowie’s charity legacy lives on and continues to have an effect.

Sources: Look to the Stars, 21 Century Leaders, Whatever it Takes, Every Mother Counts, Keep Child Alive, Save the Children, The Lunchbox Fund, War Child
Photo: The Imaginative Conservative