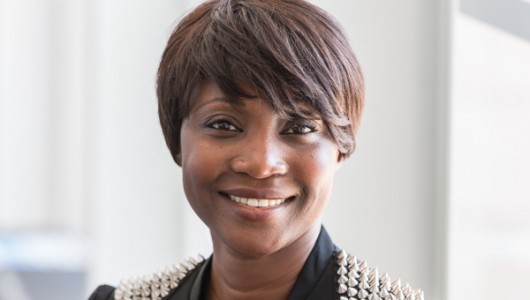 Tigui Camara, a former model, is one of the youngest mining executives in Africa and the only woman in Guinea with her own mining company. Given that mining in West Africa is predominately run by middle-aged men, the magnitude of Camara’s success is remarkable.

Camara’s career began on the runway when she was only 14 years old — and soon after escalated into the business world. While living in Morocco, Camara was able to graduate high school early and earn a college degree in business management. Several years later, Camara moved to the U.S. and was hired by a modeling agency in New York.

During her time in the modeling field, Camara made friends with jewelers who had companies in Africa and was inspired to take action. Camara remembers thinking, “If he could do it, I could do it. He is not even from Africa or Guinea, but he has been successful at doing this. Being a native, why can’t I also be successful?”

Camara began saving in order to open her own mining company and she is now the Chairman and CEO of Camara Gold and Mining Network and the CEO of Tigui Mining Group. Her companies acquire and develop mining assets with a focus on gold, diamond and associated minerals.

However, Camara faced setbacks when she hired a business partner who was embezzling the company’s funds for the first year. She also set up her business during a time of political turmoil in Guinea. The country had just undergone a political revolt and 2009 was marked by violent protests and civil unrest.

To make matters worse, Guinea was hit by the Ebola crisis, which began in December 2013 and continued for around two years. It shut down the economy and businesses were hit hard. As a result, Camara stopped all activity until it was safe to return to work.

Finally in recent months, Camara has been able to stabilize the business with proper funding and investors. She claims, “While infrastructure and electricity shortages have created a challenging business environment in the mineral-rich nation, the government is taking steps to improve its industries and encourage foreign investment.”

This provides the U.S. a unique opportunity to purchase gold, diamond and other mineral materials from a deserving business leader. Tigui Camara had to overcome many obstacles in order to get where she is today. Her background in the fashion industry hindered her ability to succeed as an entrepreneur at first but now she has a well-established name and is respected in the mining industry in West Africa.

Sources: How We Made it in Africa, Tigui Mining Group, Black Enterprise