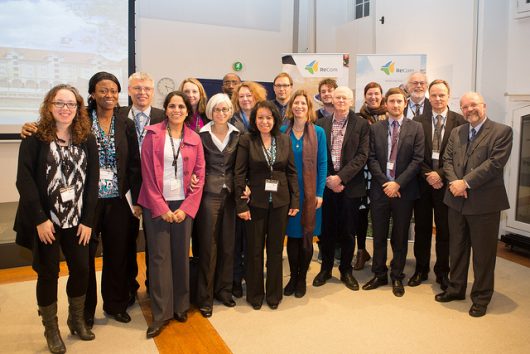 Denmark is one of the world’s leading providers of foreign aid. Not necessarily by dollars, but by Gross National Income (GNI). The U.N. set a target for 0.7 percent of a well-developed nation’s GNI be set aside for foreign aid. Denmark’s foreign aid meets that goal and its funds are distributed by Danida.

Denmark passed its first law regarding foreign assistance in 1962. Nine years later, the name Danida appeared to distribute Denmark’s foreign aid. Since its inception, it has gained its own logo and place within the Danish Ministry of Foreign Affairs.

Danida operates in countries from Belarus to South Africa and from China to Chile. In recent years, Danida has centered its focus on Africa through various programs. Danida also supports non-governmental organizations already working in these countries. Like other nations, Danida also provides research grants to organizations and individuals through its Danish Development Center. In 2018, Danida will focus Denmark’s foreign aid to four main areas:

Danida’s goal is to eradicate poverty in order to stabilize societies and governments. To achieve its goal, Danida funds programs that encourage the following:

In 2016, Denmark began to roll-out a new strategy. According to the CPH Post, 30 percent of the money from Denmark’s foreign aid allocated to combat the refugee crisis abroad will be used to help migrants who have already reached Denmark. This system received mixed reviews. It was praised due to the benefits it would provide migrants in Denmark, including food vouchers, housing and healthcare.

However, critics say that by using this funding at home there is less money to help stabilize the nations the refugees are fleeing. There would be no need to spend this money domestically if these nations were stabilized in the first place.

Denmark is following the lead of other Scandinavian countries such as Sweden and Norway, who also spend 20 to 30 percent of the same allocated funds domestically. Both Sweden and Norway also consistently spend 0.7 percent or more of their GNI on foreign aid.

The 2018 budget outlines foreign aid plans and funding for Danida through 2021, staying at 0.7 percent of its GNI. The plan also hints that Denmark wants to keep this going until 2030. Hopefully, Danida will continue to operate well into the future and well past 2030.

Top 10 Facts About Poverty in Lima, Peru The Rise of Philanthropy in China Will Continue to Better Lives
Scroll to top