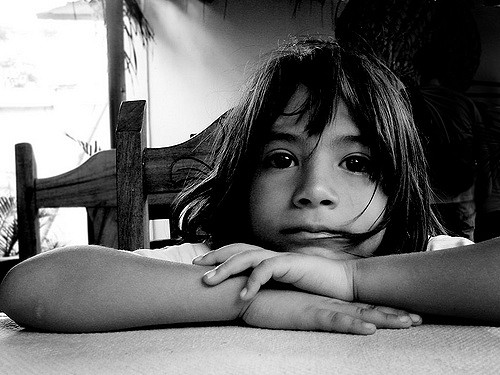 The situation in Venezuela, sparked by political turmoil and hyperinflation, has denigrated into a dire case of global poverty. Despite its former status as one of the richest countries in South America and its access to the largest oil rig in the world, Venezuela’s economy has sparked both a humanitarian crisis and a refugee crisis within South America. Here are the top 10 facts about living conditions in Venezuela:

According to a study by three universities in Venezuela, 74.3 percent of the population lost an average of 19 pounds of weight in 2015, and around 9.6 million Venezuelans ate two or fewer meals a day.

Due to past government subsidies of oil production, the people of Venezuela have historically relied heavily on imports of even basic necessities rather than domestic production.

Additionally, the IMF predicts that inflation will reach 13,000 percent in the coming year, making it the biggest recession in the history of the Western Hemisphere — twice as large as the Great Depression.

For a country that once boasted free education for all students under Hugo Chavez’s socialist regime, the education structure in Venezuela is crumbling under the current economic crisis. Many schools in Venezuela have closed or are operating at limited capacity.

Such conditions are due to insufficient salaries for school teachers who are working for just over a dollar a month, as well as lack of school lunches as the government has run out of funds for the state-run program that provided children with free lunch. An increasing number of children have stopped going to school because, without food, they may faint in class.

Of 8 million school children, approximately 3 million students have stopped attending some or all classes. Education professionals within Venezuela fear for a future of uneducated and unskilled workers if this trend continues too long.

As most families have been scraping by just to put food on the table, those receiving the minimum wage face a choice every time they receive their paycheck: food or hygiene? According to Jonathan Marquez, a security guard and now also a taxi driver, he always picks food, adding water to the little bit of shampoo that he has left to make soap.

Additionally, one reporter from Venezuela spent 86 percent of the monthly minimum wage on eight rolls of toilet paper, after failing to find it in any stores for a whole week.

Hairdressers only have running water two days a week and hair products are scarce to find; bakers have no flour to make bread; restaurant owners have no customers to cook for and very little pasta to cook.

The medical profession is suffering as well. While doctors can still prescribe medicine, there is hardly any medicine to supply to their patients as the country endures an estimated 85 percent shortage of medicine, according to the Pharmaceutical Federation of Venezuela. Chronic diseases like kidney disease or diabetes are not being treated due to this limited supply of medicine, which leads to serious health risks.

A box of ten pills for high blood pressure can be more than a retiree’s monthly pension. Even highly preventable and curable diseases can now develop into life-threatening illnesses from the lack of antibiotics and proper treatment.

Drought from the Guri Dam has sparked a country-wide rationing of water and electricity. The hydroelectric plants in the reservoir contribute to 70 percent of the nation’s electricity supply.

While a standardized 4 hour outage was enacted daily, residents have noted that some days there is no electricity for up to 14 hours. In efforts to conserve electricity, Maduro has cut public sector work weeks to two days per week.

Concerning water rationing, faucets only run once or twice a week for most people; however, in harder-to-reach places like Margarita Island, water is only supplied once every 21 days.

Street protests and looting have become almost commonplace in Venezuela as people continue to lose faith in their government. In three months, 111 protests were recorded in Sucre — one of Venezuela’s 23 states — as reported by Indice, a human rights group monitoring the protests.

Reporters have noted 5 or 6 protests per week, all demanding basic necessities and fighting through tear gas and rubber bullets to get it.

To escape the turmoil within Venezuela, there has been a mass exodus into neighboring countries, particularly Colombia, Ecuador, Peru and Chile. The UNHCR estimates that nearly 5000 people escape from Venezuela each day, totaling 2.3 million migrants from Venezuela since 2015.

While South American border policies have eased the refugee migration process for many Venezuelan people, neighboring countries are not equipped with the facilities and resources to host refugees in the capacity at which they’re arriving.

Government restrictions under President Maduro have rejected humanitarian aid by obstructing shipments, particularly targeting medicine, but that does not mean that there is nothing that can be done. Church groups and non-profit organizations like Sanando and the Cuatro Por Venezuela Foundation are doing their best to provide aid to the people of Venezuela.

Cuatro Por Venezuela began in 2016 when four Venezuelan women living in the U.S. decided to deliver relief to their country. They have since provided over 50,000 food servings per year and attended to over 17,000 medical patients. Neighboring countries, such as Colombia, have also been immensely helpful to Venezuelan refugees by providing food and shelter for hundreds of thousands of people.

While the U.S. is still pressing sanctions on President Maduro, Mike Pence has promised $48 million to support regional partners that are taking on the brunt of this crisis.

The humanitarian readiness to help is inspiring; however, the onus remains on Nicolas Maduro and the Venezuelan government to open its borders to aid and imports to ensure the safety and health of their people.

The U.S. government and the world is ready to help alleviate the situation in Venezuela. The hope is that these top 10 facts about living conditions in Venezuela will have significantly changed by next year.