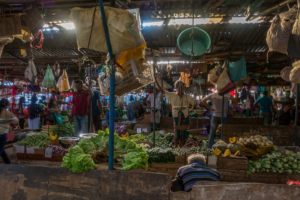 Sri Lanka is experiencing an economic crisis of massive proportions.  The U.N. has dubbed it a “food, fuel and finance crisis” that is endangering millions of people. This economic crisis has been building since the onset of the COVID-19 pandemic, but it has recently culminated in a massive fuel shortage that has paralyzed the economy. The food, fuel and finance crisis in Sri Lanka is an indicator of a worldwide trend of rising prices, resource shortages and civil unrest.

Desperation and Unrest in Sri Lanka

Countries all over the world, both developed and developing have experienced the economic and social shocks of the pandemic and the war in Ukraine. Many nations are fearing a looming recession, poor health care resources amidst the pandemic and a slowing job market. For developing countries, this means a nearly complete depletion of food, energy, economic stability and COVID-19 response.

The U.N. found that three months of consistent heightened inflation have caused around 71 million people to fall into poverty. The citizens of many developing countries, including Sri Lanka are turning to public political turmoil out of desperation.

Since the end of June, Sri Lanka has been experiencing one of the worst fuel shortages in history. The demand for fuel is so high and the supply is so low that people often have to wait in line for over two days to fill their tanks. One woman said that she spends more than half of her income on fuel.

The Sri Lankan government has demanded that anyone who can must work remotely, schools have been shut down and public transportation services are almost completely stopped, according to The Business Standard. The country has essentially come to a complete standstill.

This fuel crisis comes alongside a prolonged economic catastrophe in Sri Lanka, in which citizens have been facing severe shortages of medicine and inflation that has skyrocketed to 55%. Sri Lankans are also experiencing governmental uncertainty, as their president resigned after a series of protests. The food, fuel and finance crisis in Sri Lanka also comes from a history of debt defaulting and account deficits. Sri Lanka’s economy and exports have been unstable since the 1980s and they are now crumbling as a result of the war in Ukraine, The Business Standard reports.

The Crisis in Sri Lanka is Apart from a Larger Trend

The crisis in Sri Lanka is an indicator of a more widespread food, fuel, and financial crisis that is seriously harming many low-income countries. The U.N. Office for the Coordination of Humanitarian Affairs is claiming that the war in Ukraine is causing a wave of rising prices for essential commodities – food, fuel, medicine and energy – that are plunging millions into a standard of living crisis. The crisis put in danger about 1.6 billion people in 94 countries.

In the Middle East and North Africa, the livelihoods of 2.8 million people are threatened by this crisis and over 500 million people in Asia are exposed to the food and finance crisis, according to the U.N.

International Organizations Attempt to Break the Cycle of Crisis

International organizations like the U.N. and the International Monetary Fund (IMF) are not ignoring the crisis in Sri Lanka and other countries, but they are not doing enough to help either. In order to avoid further civil unrest and slow the growing numbers of people experiencing extreme poverty, international organizations could focus on multilateral investments that pay more in capital and are focused specifically on targeted lending and crisis response measures, the U.N. reports.

The U.N. has employed its Global Crisis Response Group to administer targeted cash transfers directly to the affected countries as a form of direct aid.

Going Forward Amidst a Global Crisis

There has been widespread suffering globally due to the COVID-19 pandemic and the war in Ukraine.  However, low-income and developing countries are experiencing record-breaking levels of hunger and lack of resources. The Secretary General of the U.N. believes that solving the global crisis is not possible without first paying attention to the economic crisis in developing countries.

People in low-income countries are in desperate need of food, economic support, fuel and adequate health care. Hopefully, international organizations and high-income countries can step in and help.